Please ensure Javascript is enabled for purposes of website accessibility
Log In Help Join The Motley Fool
Free Article Join Over 1 Million Premium Members And Get More In-Depth Stock Guidance and Research
By Donna Fuscaldo - Updated May 7, 2020 at 1:05PM

Thanks to shelter in place orders, Nintendo (NTDOY 1.21%) is seeing huge demand for its Switch game console, selling 21 million units during the quarter and blowing past its own projections for its more than three-year-old device.

For its fiscal year ending on March 31, the Japanese gaming company said sales of Switch increased 24% from 16.95 million units shipped in its last fiscal year to 21 million units. Nintendo had previously forecasted it would sell 18 million Switch units. 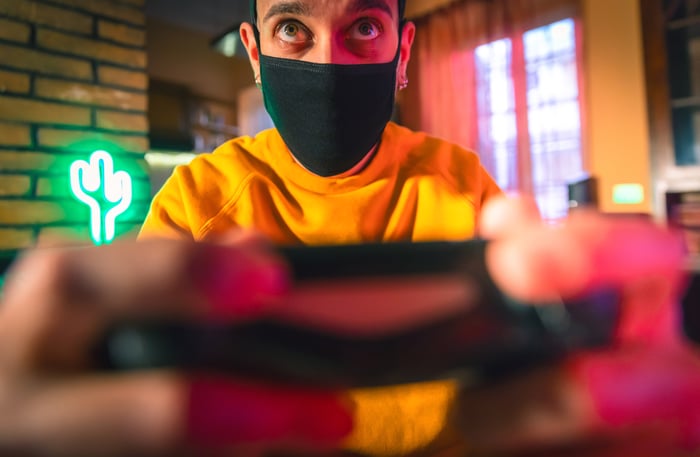 Despite the strong showing for its fiscal year, the tech company joined a growing list of companies to warn about the impact the COVID-19 pandemic will have on its operations. In its earnings release, Nintendo said that, while it looks like production and shipping issues are starting to recover, it could still have a hard time procuring certain components. The virus could also impact the consumption of its products and research and development if the current pandemic is prolonged or gets worse. As a result, Nintendo expects to ship 19 million Switch units for its fiscal year ending March 31, 2021. If Nintendo isn't able to beat that target, it could signal that Switch sales have peaked.