Please ensure Javascript is enabled for purposes of website accessibility
Log In Help Join The Motley Fool
Free Article Join Over 1 Million Premium Members And Get More In-Depth Stock Guidance and Research
By Keith Speights - May 7, 2020 at 7:00AM

And why the company still managed to meet Wall Street's earnings expectation.

OPKO had an opportunity to keep the momentum going with its first-quarter results, announced after the market closed on Wednesday. With shares sinking nearly 10% in after-hours trading, it appears that the company blew that chance. Here are the highlights from OPKO's Q1 update. 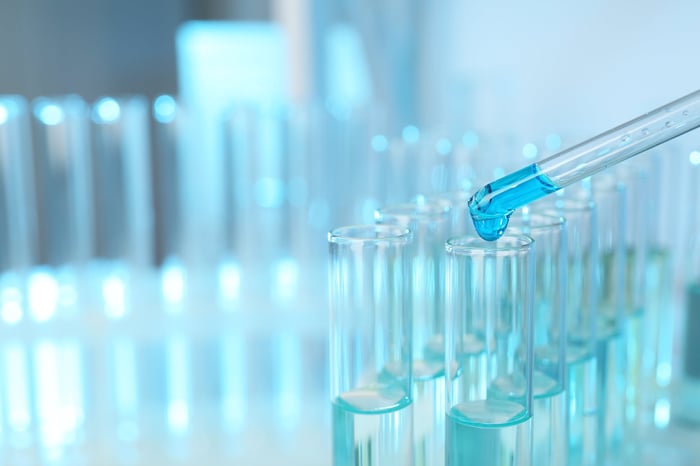 First-quarter revenue was $211.5 million, down 5% year over year. This result fell short of the average analyst estimate of $216.9 million.

OPKO Health ended the first quarter with cash, cash equivalents, and short-term investments of $34.5 million. At the end of 2019, the company's cash position stood at $85.5 million.

OPKO generates more than 80% of its total revenue from its diagnostics segment. But diagnostic revenue slipped nearly 5% year over year to $170.8 million in Q1. The primary culprit was a sharp decline in overall testing volume in the last two weeks of March due to the COVID-19 pandemic.

The company's pharmaceuticals revenue increased 23% year over year to $31.1 million. This growth was mainly due to higher sales of Rayaldee. OPKO reported Q1 sales for the secondary hyperparathyroidism drug jumped nearly 71% year over year to $9.9 million. Total prescriptions for Rayaldee soared 78% in the first quarter.

But OPKO's pharmaceutical revenue from licensing and intellectual properties in Q1 dropped from $18.3 million in the prior-year period to $9.6 million in the first quarter of 2020. The company attributed the decline to a decrease in amortization of payments from Pfizer related to long-acting human growth hormone product Somatrogon.

Operating costs fell 15% year over year to $252.2 million, as the company's cost-cutting helped lower expenses. OPKO also had lower research and development expenses in the first quarter thanks to its pediatric late-stage study of Somatrogon wrapping up.

The COVID-19 pandemic is likely to cause healthcare stocks, including OPKO Health, to remain volatile. But its BioReference Laboratories subsidiary began offering COVID-19 antibody testing in late April, and should be able to handle up to 400,000 tests daily within the next couple of weeks.

OPKO has other key developments on the way. It plans to present results from its pediatric late-stage study of Somatrogon on June 8. The company expects to file for U.S. approval of the drug in the second half of 2020. OPKO also anticipates the completion of an open-label study of Somatrogon in Europe during the third quarter of this year. It plans to file for European approval after the completion of this study.