Please ensure Javascript is enabled for purposes of website accessibility
Log In Help Join The Motley Fool
Free Article Join Over 1 Million Premium Members And Get More In-Depth Stock Guidance and Research
By Jeremy Bowman - Updated May 8, 2020 at 8:36PM

The enterprise cloud stock soared on a strong earnings report.

Shares of ServiceNow (NOW -1.45%) were climbing last month after the enterprise cloud computing company turned in a strong first-quarter earnings report. The stock also caught a tailwind from the broader recovery in the market.

According to data from S&P Global Market Intelligence, the stock finished up 23%, with the bulk of its gains coming at the end of April as it delivered the report. 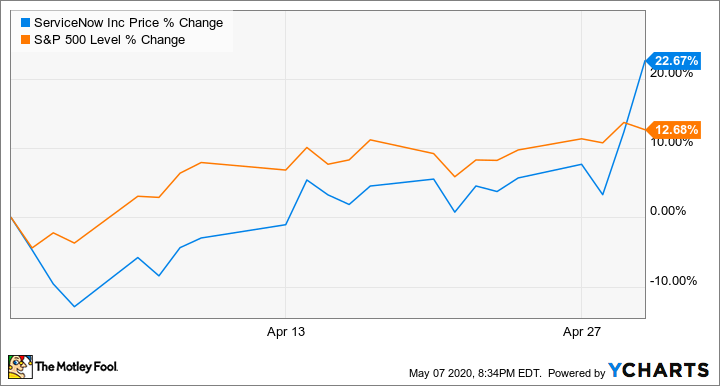 ServiceNow kicked off the month on a down note as the stock was in the red for most of the first half of April. Shares sunk on April 2 as the stock got a downgrade from outperform to neutral from Baird. Analyst Rob Oliver lowered his price target from $365 to $300, and noted a slowdown in large-deal activity with enterprises and a high valuation relative to its peers. 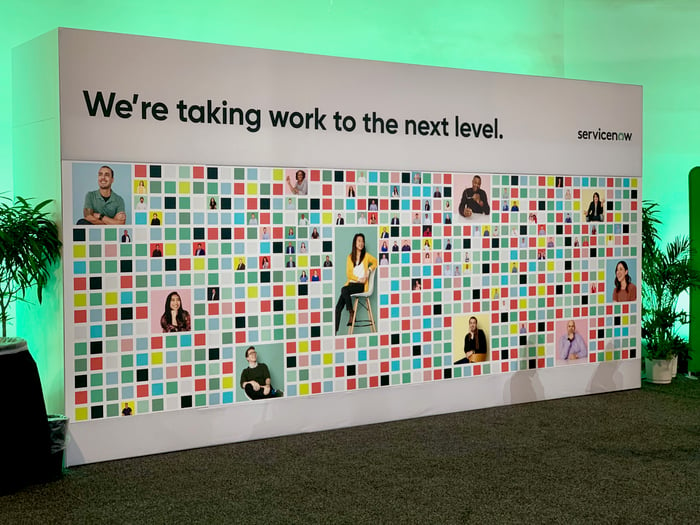 The stock gradually moved higher after that pullback, tracking with the S&P 500. On April 15, the company pledged to not do any layoffs this year, making the announcement in order to reassure its employees, and said that it would continue hiring around the world this year.

The stock gained modestly over the last two weeks as it got some positive analyst notes, and then surged at the end of the month when its earnings report came out, climbing 19% over a two-day span. Overall revenue in the first quarter rose 32.6% to $1.05 billion, ahead of estimates at $1.02, while adjusted earnings per share jumped from $0.67 to $1.05, ahead of expectations at $0.95. In its second-quarter outlook, management expected growth to slow down, calling for subscription revenue growth of 27% to 28% and billings growth of 18% to 20%. For the full year, it lowered its revenue growth forecast from 30% to 27%, but that was only a modest adjustment considering the broader impact of the pandemic.

ServiceNow shares have continued to gain through the first week of May, adding on another 8% to reach all-time highs, and the enterprise cloud company Expanse announced an integration with ServiceNow this week, showing it continues to expand.

While the pandemic will cause some headwinds for this cloud stock, the company looks well-positioned to handle the disruption.

Is ServiceNow Stock a Buy Now?

Why Cloud Stock ServiceNow Tanked Over 10% Today, and Took Salesforce and HubSpot With It

3 Cloud Stocks That Could Help Make You a Fortune