Please ensure Javascript is enabled for purposes of website accessibility
Log In Help Join The Motley Fool
Free Article Join Over 1 Million Premium Members And Get More In-Depth Stock Guidance and Research
By Rick Munarriz - May 7, 2020 at 8:30AM

The first Disney theme park is now on the clock for a limited reopening on May 11. The rest of the world is watching.

China is a long way to travel to get your Disney (DIS 1.08%) theme park fix, but it will have to do for now. Shanghai Disneyland will open on Monday, the first of the Disney-branded resorts to open its theme park.

It's not a surprise to see what Shanghai Disneyland is doing. It was the first to close down, as its interruption began back in late January. Florida's Disney World -- the last of the resorts to close down -- didn't lock its turnstiles until mid-March. Shanghai was also the first Disney location to begin gradually ramping up its offerings, as certain dining, shopping, and lodging experiences have been reopening at the resort since March.

There's a lot riding on a smooth reintroduction of Shanghai Disneyland. The rest of the world, including Disney World, is watching, eyeing the process as a possible road map for Disney's reopening efforts closer to home. 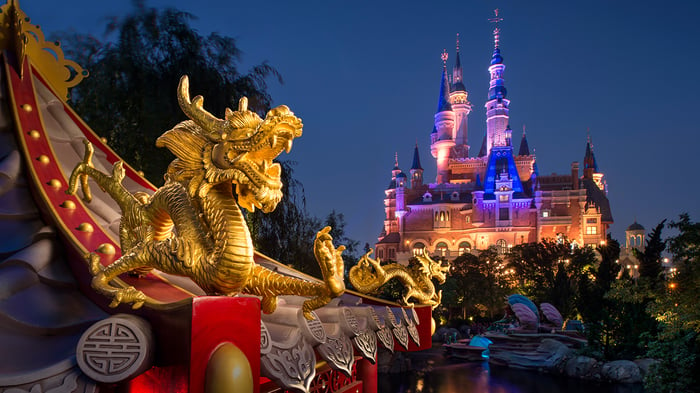 It's a small world with large complications

A lot of safety precautions are taking place with next week's reopening of Shanghai Disneyland. The result will be a far different, and ultimately inconvenient, experience.

Any or perhaps all of these measures will be put into place when Disney World in Florida and Disneyland in California eventually reopen. A QR code that China is using to track personal health in the country will also be required to enter Shanghai Disneyland, but that's not going to apply outside the world's most populous nation.

The stringent restrictions aren't a surprise, and investors need to be realistic when it comes to the financial implications of the phased reopening process. Shanghai Disneyland has a maximum capacity of 80,000 guests, and it's allowed to serve only 30% of capacity, or 24,000 visitors. In Tuesday's earnings call, Disney explained that it will be capping its attendance well below even that 30% ceiling initially as it works all the kinks out.

A lot of the experiences that folks associate with Disney trips, like afternoon parades, nighttime fireworks, and meet-and-greet character experiences are also on hold for now. Some of the more interactive attractions will also not open with the rest of the park next week. One can expect the same when Disney World and Disneyland open later this year.

Disney is going to learn a lot starting next week. Are the measures enough to contain COVID-19? Are the inconveniences acceptable to both guests and Disney's own cast members? Can a park be financially feasible with low attendance and stepped-up sanitation demands? What happens in Shanghai Disneyland is likely to dictate how the world's largest theme park operator proceeds elsewhere. The one thing we know for sure is that no matter when the parks reopen, the process will be awkward and financially suboptimal.