Please ensure Javascript is enabled for purposes of website accessibility
Log In Help Join The Motley Fool
Free Article Join Over 1 Million Premium Members And Get More In-Depth Stock Guidance and Research
By Dave Kovaleski - May 8, 2020 at 9:30AM

A new survey by Allianz Life says 34% of Americans were forced into early retirement due to job loss.

About half of all Americans retired earlier than they expected and, of that number, 34% did so due to an unexpected job loss, according to the Retirement Risk Readiness Study 2020 released by Allianz Life Insurance.

As the survey was conducted in January, before the COVID-19 pandemic hit and caused millions of people to lose their jobs, the number of people forced to retire early will surely rise over the next few years. "Many Americans are in need of a wake-up call about the very real possibility that their retirement start date might not be when they want it to be, particularly given the recent turmoil," Kelly LaVigne, vice president of Consumer Insights at Allianz Life Insurance, a subsidiary of Allianz Group, said.

LaVigne offered three tips to help people stay on track for retirement if their plans are derailed into a forced early retirement. 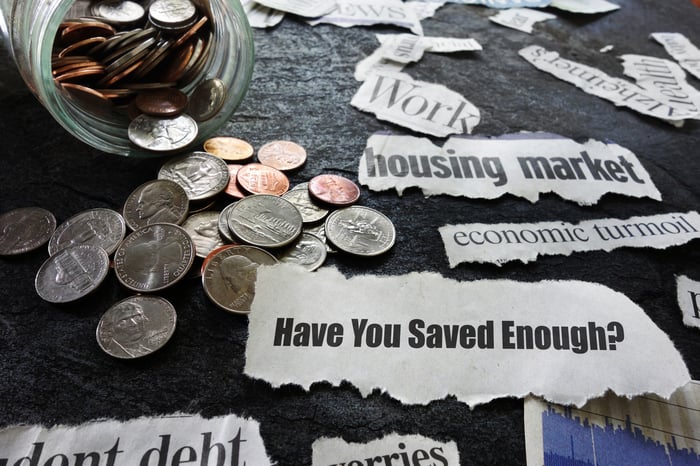 If you are 62 years old or approaching that age, it may be tempting to start taking Social Security payments right away as a source of guaranteed income. "You should resist the temptation for as long as you can," said LaVigne. "It's essentially a permanent pay cut for the rest of your life." If you wait until your full retirement age(FRA), which is either 66 or 67 depending on when you were born, you will receive the full amount of benefits you are entitled to. However, the amount you will receive goes down the earlier you claim it. If it is more than 36 months before your FRA, your distribution will be 20% less, and that drops an additional 5% per year beyond that.

So, if your FRA is 67, and you take it five years early at 62, you are likely losing 30% of the distributions' value. And if you wait until after your FRA, the amount you will actually increase up until age 70. If you need the funds, tap into your 401(k) or other retirement plans first, which you can do at age 59.5 without penalty.

Not only will a part-time job provide a steady stream of income, but it may also give you access to healthcare and other benefits until you qualify for Medicare at age 65. Given the widespread layoffs and job losses throughout the country, it may not seem like the best time to find work. But there are a number of companies that are hiring right now, as the Fool has recently documented. As more states open up their economies, more jobs will be available. It may even be fun to try something new.

The gig economy has also been growing rapidly in the past decade as more companies turn to freelancers, contract workers, and those employed at companies in the sharing economy, like Uber. A recent study by ADP found that about 30% of contract workers working at companies are over the age of 55.

The extra income may allow you to avoid tapping into retirement accounts too soon, or too frequently, and it may allow you to either contribute more to them or replace some of the funds that you had to withdraw. But the reality is, as the Allianz survey points out, only 7% of retirees are currently working at least part-time. That percentage will likely rise going forward.

Good expense management starts with creating a budget and documenting your spending. You may find there are areas where you can easily save money that do not really affect your life, and you may find there are other areas where unwanted cutbacks, or alternatives, are necessary. It may not seem like a lot, but saving an extra $100 or $200 a month really makes a difference. My Foolish colleagues Maurie Backman and Matthew Frankel have compiled lists of some areas where you can save money. Downsizing your home and refinancing your mortgage are other options, although those are bigger questions that require deeper conversations with your spouse or financial advisor. "Does it feel good right now? Probably not," said LaVigne. "But in the long run, you'll be much better off, and you'll be able to relax and retire in a few years."

Ultimately, it comes down to having a plan, avoiding rash decisions, and consulting with your financial advisor to stay on track for a comfortable retirement.