Please ensure Javascript is enabled for purposes of website accessibility
Log In Help Join The Motley Fool
Free Article Join Over 1 Million Premium Members And Get More In-Depth Stock Guidance and Research
By Donna Fuscaldo – May 8, 2020 at 6:25PM

CEO Sundar Pichai said he plans to keep office capacity at 10% to 15% at all times.

Alphabet (GOOG -0.73%) (GOOGL -0.68%) is making plans to have some of its staff return to its offices as soon as June, although it will be only a small percentage of its workforce at any given time.

In an email to employees that was obtained by CNBC, Alphabet CEO Sundar Pichai said the internet-search giant could start opening offices around the world beginning in June, keeping capacity at 10% to 15% at all times. 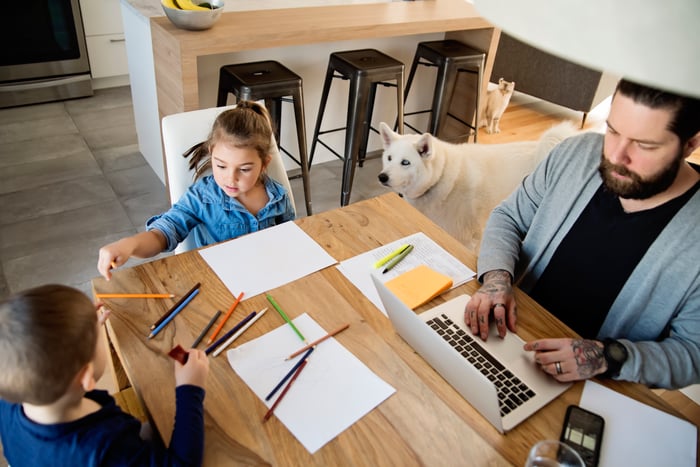 As it stands, fewer than 5% of its staff around the globe is working in one of Alphabet's offices. The CEO noted that in Asia Pacific, which was hit with the pandemic earlier than the U.S. and is thus recovering sooner, offices are at 30% capacity. Among the company's global workforce of more than 100,000, Pichai said that those who need to be in the office to do their jobs properly will be returning first.

The vast majority of Alphabet staffers will continue to work remotely, potentially until 2021. The tech stock CEO said there will be times employees will be able to come to the office, but for the most part, they'll remain as remote workers for now.

Pichai said the return to offices will be "slow, deliberate, and incremental" and that the planning is complex given Alphabet is a global company and the pandemic is "manifesting in different ways in regions and countries."

In a nod to all the hard work Alphabet's staff is doing amid the pandemic, Pichai said he was giving everyone May 22 off, urging employees to use the day to focus on their well-being.