Please ensure Javascript is enabled for purposes of website accessibility
Log In Help Join The Motley Fool
Free Article Join Over 1 Million Premium Members And Get More In-Depth Stock Guidance and Research
By Rhian Hunt – May 8, 2020 at 11:06AM

State attorneys general are also calling for a DOJ inquiry.

Just a few days after fast food restaurant chain Wendy's (WEN -2.25%) said nearly 20% of its stores were out of beef, the company is reportedly looking into the possibility of price gouging by some of its suppliers. Sources indicate the company may launch its own investigation and also wants the U.S. government to look into the matter.

According to the New York Post, the company's board of directors met on May 5 to discuss its beef supply difficulties. While part of the meeting focused on limiting burger menu items, the board is also said to have conferred about the company's response to the possibility its suppliers may be exploiting the COVID-19 pandemic as a pretext to overcharge it for meat. 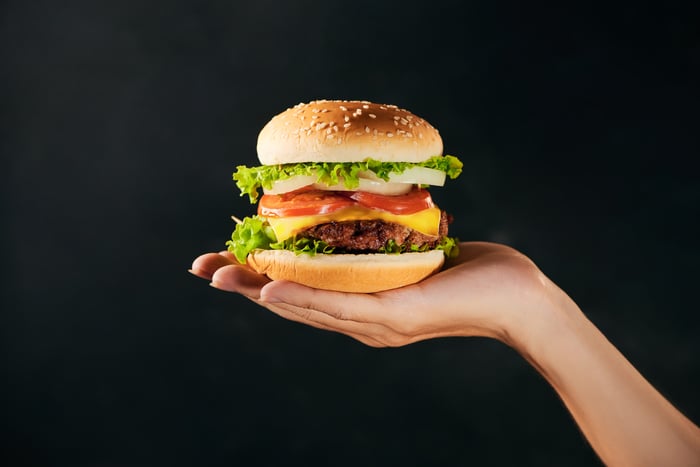 Wendy's isn't alone in its suspicions. A total of 11 state attorneys general from midwestern and southwestern states suspect that meatpacking companies are colluding to fix inflated prices for their products.

The AGs recently sent a letter to U.S. Attorney General William Barr pointing out that cattle prices are nosediving while beef prices remain very high, and requesting a Department of Justice (DOJ) investigation. Massive centralization of the beefpacking industry, with 80% in the hands of just four producers, could help to make collusion easy.

Wendy's has long underlined the beef it uses is "fresh, not frozen." While CEO Todd Penegor stressed during the company's recent first-quarter earnings call that it is "still delivering beef to every restaurant every two or three days," analysts at Stifel say random sampling indicates up to 10% of Wendy's outlets are offering chicken-only menus.