Please ensure Javascript is enabled for purposes of website accessibility
Log In Help Join The Motley Fool
Free Article Join Over 1 Million Premium Members And Get More In-Depth Stock Guidance and Research
By Mike Raye – Updated May 11, 2020 at 4:01PM

In this time of pandemic, investors can do well by seeking out companies that are doing good.

Mr. Rogers always related his mom's advice on how to find hope in times of crisis. "Look for the helpers," Nancy Rogers would say. "You will always find people who are helping." This isn't advice from a Wall Street wizard, but it does apply to the stock market in this time of pandemic. Let's just say you can do well by investing in companies that are doing good, as these three examples demonstrate. 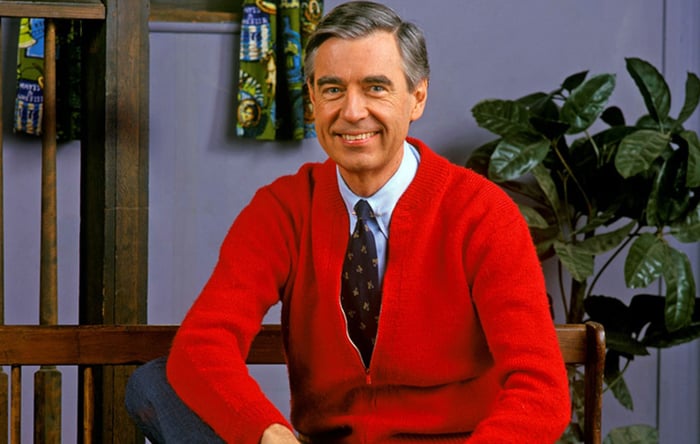 Foster City, California-based Gilead Sciences, Inc. (GILD 1.45%) is working to increase production of what could be a major pharmaceutical solution to COVID-19: its drug remdesivir. The company aims to produce 500,000 new doses by October, and more than a million by the end of 2020.

It already had a stockpile of 1.5 million doses — which it offered to the healthcare community for free. It has partnered with U.S. and international public health agencies in a truly global effort to fight the virus.

Remdesivir's secret weapon are components called nucleotide analogs that pose as viral building blocks. They make COVID-19 stop using the cells of the body as copying machines, hindering the virus from replicating and spreading. Basically, the coronavirus recognizes the nucleotide analogs as virus particles, but fails to notice the knife they are holding behind their backs.

In April, a global, placebo-controlled trial of remdesivir run by the National Institute of Allergy and Infectious Diseases (NIAID), headed by Dr. Anthony Fauci, yielded positive results. Patients with COVID-19 who received remdesivir recovered faster than similar patients who received a placebo.

The news of potentially quicker recovery times for coronavirus patients means the 1.5 million doses of remdesivir Gilead has stockpiled and was thought sufficient for 140,000 10-day treatment courses would now be able to help significantly more people. But once those supplies run out, Gilead will likely turn new production of remdesivir into a lucrative revenue stream.

Gilead's stock price has climbed roughly 18% this year, lately primarily driven by remdesivir buzz. The worldwide clamoring for a treatment, and the promise remdesivir holds, have investors taking notice and the epidemiological community optimistic. There are other clinical trials of other drugs under way, but Gilead's experience with HIV/AIDS and viral hepatitis drugs, plus the original development of remdesivir as an ebola treatment, has placed a lot of hope and trust in the company.

Alphabet's (GOOGL 1.34%) (GOOG 1.50%) Google is the go-to search engine for millions of internet browsers, and it's leveraging its technology to help keep the global community informed during the pandemic. It's also helping keep smaller businesses afloat during the economic downturn by pledging $800 million worth of aid. Skeptics would say that these are not direct donations — just making ad space available for free — but it can't hurt. If Main Street is suffering, Wall Street ain't feeling so hot, either.

Free advertising is great, but the big news comes from Google's partnership with rival Apple (AAPL -3.39%) and their ongoing development of  COVID-19 contact tracing using its Android mobile operating system along with Apple's mobile iOS, by far the two most widely used operating systems for smartphones worldwide. These software tweaks will allow their mobile devices to use their Bluetooth receivers to measure and track the proximity of the devices in the community. Mobile apps monitored by government health agencies will allow users to self-report a positive COVID-19 diagnosis, which discreetly tags the device and sends an anonymous notification to any other devices with a record of being near it in the past.

The companies eased privacy concerns by explaining that the contact-tracking part of the system will be limited to short-range Bluetooth, not cellular data. In other words, it won't collect cellular location or GPS data from users, nor will it disclose any personal medical data. Other developers have proposed tracking systems, but the Google and Apple joint venture is the only one that has made privacy its No. 1 priority.

Google also offered the World Health Organization (WHO) and government agencies $250 million worth of ad space that to be used for public service announcements about the novel coronavirus and how to flatten the curve. In addition, it is offering $340 million in advertising credits to select small and medium businesses to help them survive.

Google/Alphabet stock has dropped about 9% from its all-time high as the coronavirus lockdown dampens the global economy but there have been signs of recovery for this blue chipper -- it fell as much as 30% by late March before beginning a slow but steady climb back upward.

Google/Alphabet also has the financial health to weather pandemic-induced economic turmoil, thanks to its balance sheet. As reported in its Q1 2020 earnings call April 28, it had $119.6 billion in cash and short-term investments in its pocket, against $3.9 billion in long-term debt.

Epidemiologists and healthcare experts say the only way out of the COVID-19 pandemic is the development of a vaccine against the disease. Several biotechnology companies are in the race (see Gilead Sciences above), and another to keep an eye on is Gaithersburg, Md.-based Novavax (NVAX -0.45%).

The company describes itself as "a clinical-stage biotechnology company committed to delivering novel products to prevent a broad range of infectious diseases." It was very active in research on antiviral vaccines against respiratory syncytial virus (RSV), a disease that attacks the very young and very old, as well as seasonal influenza and Ebola. On April 8, Novavax announced that it had been identified as a lead COVID-19 vaccine candidate.

The company uses a proprietary recombinant nanoparticle vaccine technology. Most vaccines use whole dead or weakened germs to prepare the body to fight off a real infection — relatively slow to manufacture, and not effective in some patients. Newer vaccine approaches have tried using smaller components of the targeted germs, or just plain DNA from those germs. But these often fail to trigger a strong or lasting immune response, and they can break down quickly inside the body. Nanoparticles aim to shield those smaller payloads so they can more effectively reach their targets and stick around to raise the maximum alarm in the body's immune system.

This same technology could be an effective weapon against COVID-19. Phase 1 trials of Novavax's experimental vaccine, NVX-CoV2373, designed to assess its safety in human subjects, could begin as soon as mid-May in Melbourne and Brisbane, Australia.

Novavax says the results for that first step could come in as early as July, based on its 35-day schedule for the trial. Bear in mind that if this candidate succeeds in the first round of trials, it'll need to survive two additional and more demanding trials before it's cleared for widespread use.

Novavax is hardly alone in its efforts. As of May 8, U.S. National Institutes of Health (NIH) records show 783 COVID-19 "interventional trials" under way somewhere in the world, or in the initial processes of planning and/or recruiting patients. It's a mad sprint to the finish line, with millions of lives at stake.

So what about investment potential? Well, Novavax stock has gained more than 300% since the beginning of 2020. The Wall Street bulls have taken notice, with some predicting it will grow past its current $1 billion market cap.

Investors would be wise to shy away from one-trick ponies, especially in the hypercompetitive and volatile pharmaceutical space. But Novavax seems to have a far broader stable. A nanoparticle-based influenza vaccine called NanoFlu is currently completing late-stage clinical trials. If that treatment gets FDA approval — which looks highly likely, because thus far it's performed better than its rivals — it could earn between $550 million to around $1.7 billion. Novavax also has a promising anti-RSV virus drug, ResVax, that shows potential as well.

Won't you be my neighbor?

Sure, we all invest in equities to get a return, to make money. That's what the game and the Fool are all about. But the times we are living in demand a different outlook. I'm not saying to ditch your portfolio for the sake of sentimentality — but —consider supporting companies that have joined the fight. We are all in this together, after all, and our success can be mutual.