Please ensure Javascript is enabled for purposes of website accessibility
Log In Help Join The Motley Fool
Free Article Join Over 1 Million Premium Members And Get More In-Depth Stock Guidance and Research
By Jennifer Saibil – May 11, 2020 at 9:58AM

Under Armour's (UA -7.14%) (UAA -7.06%) woes continued in the company's first quarter of 2020 with double-digit revenue decreases. However, the company was prepared for it, and is showing optimism as it plows through with its restructuring program.

Under Armour has been experiencing declines in its North American business and this quarter was no exception. North American sales were down 28% while international sales were 12% lower year over year. Total revenue decreased 23% (22% on a currency-neutral basis) to $930 million, with about 15 percentage points of the decline related to COVID-19. 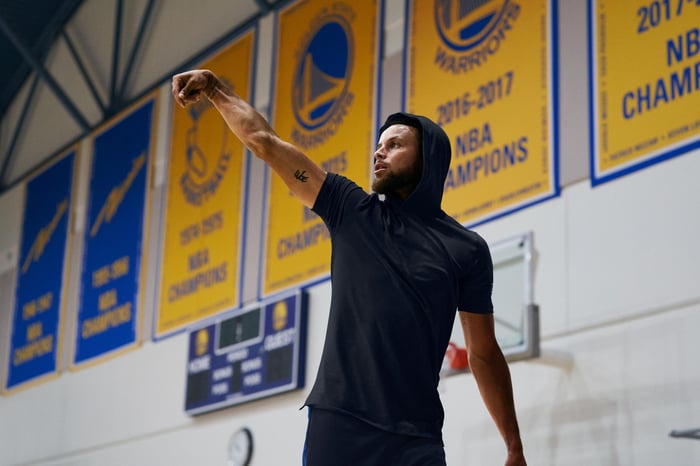 Wholesale revenue decreased 28% while direct-to-customer revenue was 14% lower. Apparel sales were down 23% and footwear sales declined 28%.

On the bright side, gross margin increased 110 basis points to 46.3%, which came from the channel mix and lower off-price items. The company said e-commerce represented a low double-digit part of total revenue, and that in North America and the Europe and Middle East regions it was showing favorable trends.

Under Armour withdrew its 2020 outlook on April 3, saying that with most of the markets still closed, there is still too much uncertainty to give any guidance.

The company ended the first quarter with $959 million in cash and cash equivalents and feels it is in a strong position to weather the crisis.

Under Armour stock had tanked even before the pandemic began and is down 54% year to date as of this morning.