As Kroger's (NYSE:KR) $2 hourly bonus to its workers nears its end, a pair of unions have opened negotiations with the grocery and drugstore chain in a bid to prolong the extra pay past its scheduled May 17 ending date. At this point, Kroger has already extended the bonus twice, in addition to paying a cash bonus and providing other perks to workers who stayed on the job as COVID-19 sweeps the nation.

The negotiations come just days after a 60-year-old Kroger worker, James Andres of Westland, Michigan, died of the coronavirus after spending a month in the hospital, moving in and out of the intensive care unit. 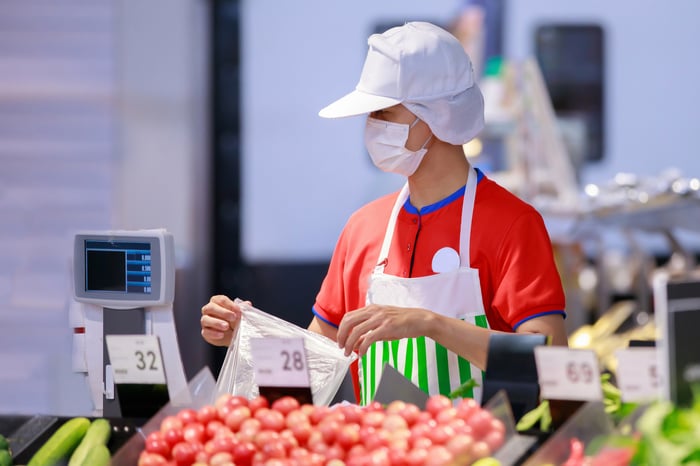 Kroger originally intended the $2-per-hour "hero bonus" to continue only through April 17. The extra pay thanked critical front-line workers for remaining on the job. The grocery chain then extended the bonus period twice, first to May 2, then to May 17. The company also paid part-time workers $150 and full-timers $300 as a one-time cash bonus back in April.

Kroger responded to the unions by saying it is "committed to the continued support of our associates' safety and mental well-being" and will "continue our ongoing discussions on these critical aspects with the UFCW."