Please ensure Javascript is enabled for purposes of website accessibility
Log In Help Join The Motley Fool
Free Article Join Over 1 Million Premium Members And Get More In-Depth Stock Guidance and Research
By Howard Smith - May 12, 2020 at 11:10AM

Virgin Group holdings including Virgin Atlantic airlines have been struggling amid the COVID-19 pandemic crisis.

Sir Richard Branson's Virgin Group brought space tourism company Virgin Galactic (SPCE 1.06%) public in the fall of 2019. Now, Branson's company is planning to sell 12% of its stake in the venture to help support its other travel and tourism related businesses as impacts from the COVID-19 pandemic hit the industry particularly hard, the Wall Street Journal reports.

British airline Virgin Atlantic -- 51% owned by Branson and 49% by Delta Air Lines (DAL -2.44%) -- recently announced it was laying off 3,150 employees in an effort to emerge from the crisis successfully. Branson had also recently asked the UK government for £500 million (approximately $620 million) in aid to help save the airline. 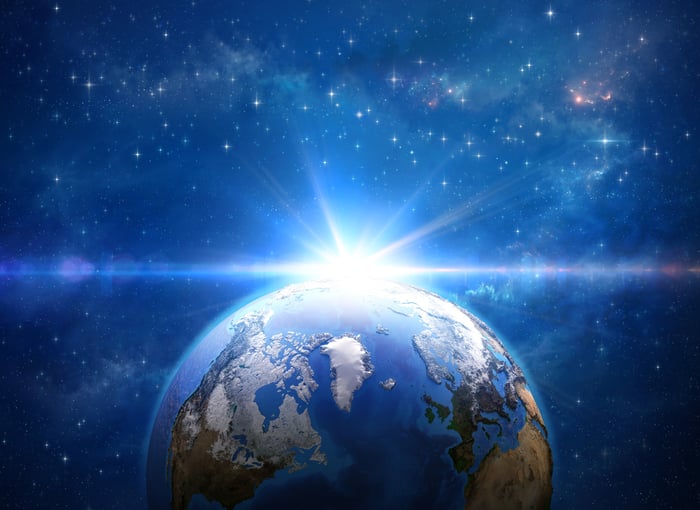 Virgin Group will sell 25 million shares of its Virgin Galactic investment, according to the report, valued at approximately $486 million as of the market open today, May 12. Other Virgin Group holdings include a 10% stake in Virgin Australia, which filed for bankruptcy last month, as well as a new cruise line business and a hotel group. Branson is also in talks with private investors, seeking another $500 million for Virgin Atlantic, according to the report.

Virgin Galactic calls itself the "world's first commercial spaceline," and aims to operate reusable aircraft for regularly scheduled spaceflights for individuals and researchers. It plans to bring people to the edge of space to experience zero gravity, eventually catering to the demands of a "growing space-user community." Virgin Galactic stock is up about 64% year-to-date.