Please ensure Javascript is enabled for purposes of website accessibility
Log In Help Join The Motley Fool
Free Article Join Over 1 Million Premium Members And Get More In-Depth Stock Guidance and Research
By Rich Duprey – May 12, 2020 at 9:38AM

Many of its tenants have stopped paying rent because their stores were forced to close.

Simon Property Group (SPG -1.03%) told analysts it planned to open half of its shopping malls this week.

Simon operates 234 properties in North America, Europe, and Asia. With 168 properties in the U.S., it is the country's largest mall operator. Last month, it was reported last month that Simon intended to begin reopening almost 50 malls the first week of May as states permitted. As of this week, 77 U.S. properties have become operational again. 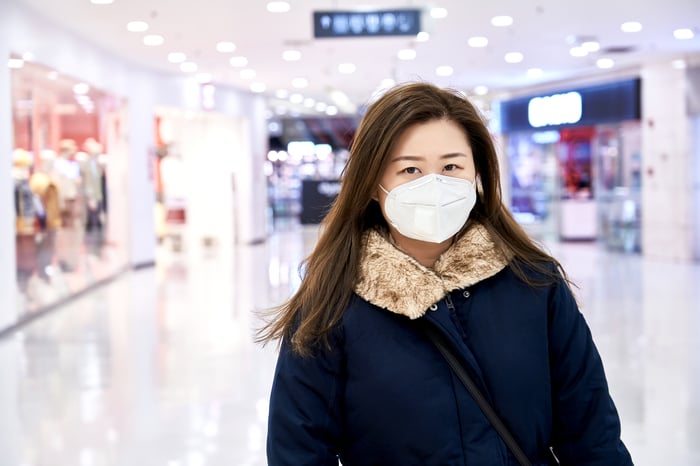 A matter of necessity

CEO David Simon said, "we are now leading the effort for these local economies to get back to business while delivering a new elevated standard of safety for all." But the move to reopen may also be motivated by Simon's own financial fitness.

While revenue was down less than 7% for the quarter, no doubt bolstered by what Simon said was a strong start to the year in January and February, the pandemic resulted in quarterly profits tumbling over 20% from last year.

It might not improve, either, as retail tenants have resisted paying rents to mall owners. According to CenterSquare Investment Management, just 15% of April rents were paid and May is looking worse.

Last month, Gap (GPS 3.73%) announced it was suspending the payment of rent to save $115 million a month. Gap is the largest inline retail tenant in Simon malls with 412 stores representing over 2% of total square footage and 3.5% of total base minimum rent. Other major Simon tenants have also gone on a rent strike, including Victoria's Secret owner L Brands; PVH, the owner of Calvin Klein; and Coach parent Tapestry.

Opening the malls again is essential to getting tenants to begin paying their rent again.