Please ensure Javascript is enabled for purposes of website accessibility
Log In Help Join The Motley Fool
Free Article Join Over 1 Million Premium Members And Get More In-Depth Stock Guidance and Research
By Jeremy Bowman - May 12, 2020 at 9:04AM

The online pet products seller has a bright future. Here's why.

Among the breakout stocks during the COVID-19 pandemic, Chewy.com (CHWY 3.48%)has been a unique case.

Shares of the online pet products seller are up 35% year-to-date, compared with a 9% loss for the S&P 500, and it's clear why the stock has been flying higher. Chewy is benefiting from two trends that have emerged during the pandemic: First, pet adoptions have surged as Americans sheltering in place have looked for comfort from their furry friends, and a number of animal shelters have reported shortages of pets to adopt in recent weeks. Second, e-commerce has surged during the crisis, with non-essential stores shut down and Americans fearful of venturing into stores while the virus is circulating.

In its latest earnings report, which came out on April 2, management said that sales had begun to accelerate at the end of February, and that trend had persisted through the report date. For the first quarter, which started in early February, the company expects revenue to increase 35%-37%, up slightly from the 35% pace it registered in the fourth quarter. The company warned on the earnings call that margins could be affected by the surge in demand as fulfillment may be less efficient, and it said that demand could moderate when the pandemic fades as customers work through their stockpiles. However, the company has also seen a meaningful lift in new customers, giving it a long-term revenue stream that will boost growth.

Chewy is fortunate that the pandemic provides it with some opportunities, but where will the company be in five years? Let's take a look at the components that will drive its business in the coming years. 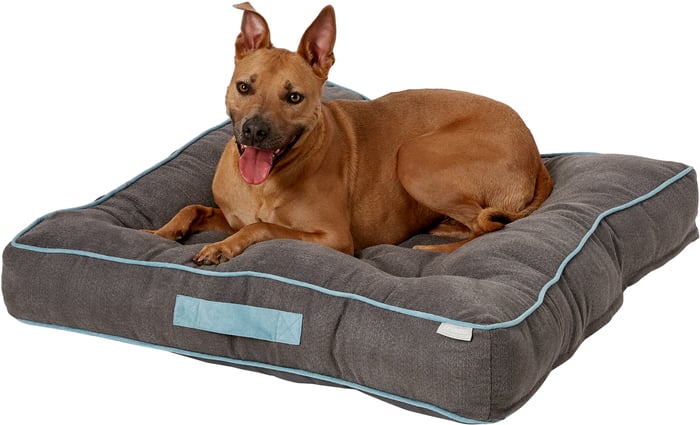 In addition to the tailwind it's getting from the spike in pet adoption and the surge in e-commerce sales, Chewy should also benefit from another fact over the coming months: Pet products are recession-proof. The U.S. economy is plunging into a deep recession, with the unemployment rate having jumped to 14.7% in April and GDP falling by 4.8% in the first quarter. However, Americans have shown that they are willing to spend on their pets even in tough times. During the financial crisis, for example, spending in the pet industry rose 12% from 2008 to 2010, even as overall consumer spending declined.

While no one knows how long the current recession will last, Chewy looks to be in a position to outperform, especially considering the growth in pet ownership and the shift to e-commerce. Sales grew 40% last year, and given the multiple trends in its favor, the company seems poised to see strong growth again this year.

Following a successful IPO last June, Chewy's market cap has climbed to north of $15 billion. There's a lot to like to about this growth stock, including its high growth rate in an expanding category -- e-commerce -- and its recurring revenue model, as most of its sales come from Autoship customers on subscriptions. However, Chewy has never been profitable, and the direct online sales model tends to be low-margin even when it is profitable.

That said, the company has improved its losses in recent quarters. In fiscal 2019, its Adjusted EBITDA loss narrowed to $81 million from a loss of $228.9 million the year before, and in the fourth quarter its Adjusted EBITDA loss was just $5.8 billion, better than $55.4 million in the prior-year quarter. Its free cash flow loss was also just $2.1 million last year, compared to $57.6 million in 2018, showing the company is approaching profitability on a cash basis.

On a generally accepted accounting principles basis (GAAP), the company is still deeply unprofitable, with a loss of $252.4 million.

Chewy's customers become more profitable the longer they stay with the company as their lifetime value grows. Along with economies of scale it's building, that should help the company reach profitability as it grows. The company is also planning to open its first automated fulfillment center in Pennsylvania later this year, which will improve profitability by increasing labor productivity by 50% and trimming per-unit costs by 30%.

With the secular growth in e-commerce, the stability of the pet products industry, and the tailwinds from converting pet owners to e-commerce, Chewy should see strong top-line growth. Assuming that revenue growth moderates over the coming year from 40% last year to 35% in 2020, and then 30%, 25%, 22%, and 20% by 2024, the company's sales would reach $15.6 billion by fiscal 2024, up from $4.8 billion last year. Even with that growth, Chewy would still own less than 20% of the pet products market by then, which is expected to be worth more than $90 billion.

What the bottom line will look like in five years is less clear, but the company's profitability should improve as sales grow, marketing costs come down, and automation boosts efficiency.

The stock may be expensive according to conventional metrics, but Chewy is a fast-growing leader in a stable, desirable category. It has a number of competitive advantages, including its subscription business model, high customer satisfaction, and an e-commerce fulfillment network that should help drive growth and protect it from competitive threats.

With that and the near-term advantages during the COVID-19 pandemic, Chewy looks like a good bet to outperform the market over the next five years.

Why Chewy, Ollie's Bargain Outlet, and Petco All Slumped This Week

Up 54% in 1 Month, Does Chewy Stock Have Room to Go Even Higher?