Please ensure Javascript is enabled for purposes of website accessibility
Log In Help Join The Motley Fool
Free Article Join Over 1 Million Premium Members And Get More In-Depth Stock Guidance and Research
By Rich Duprey - May 13, 2020 at 4:55PM

No one likes talk of an extended recession.

Shares of movie theater operator AMC Entertainment (AMC -1.64%) tumbled more than 10% today, after Federal Reserve Chairman Jerome Powell weighed in on the prospects for an economic recovery and promptly scared the heck out of everyone.

The hope has been all that we'd need for the economy to get going again was to open up the states and allow businesses to get back to work. Things could then pick up about where they left off.

Powell's comments today, however, threw all the wet towels on that idea, saying it was "highly uncertain" the economy would quickly bounce back. He noted, "The scope and speed of this downturn are without modern precedent, significantly worse than any recession since World War II." 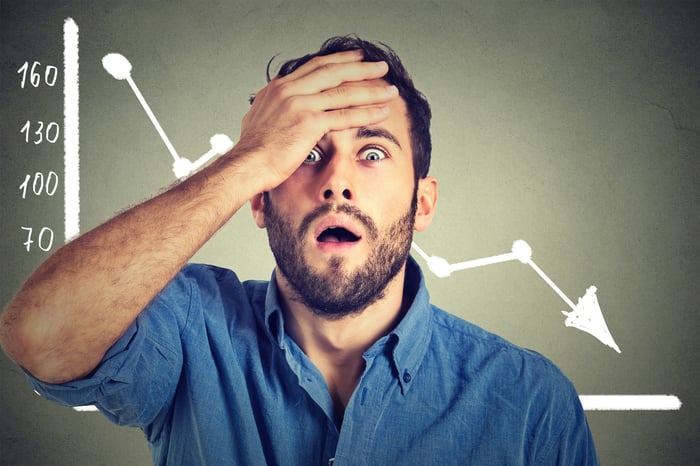 AMC Entertainment has been on tenterhooks since the pandemic began and its movie theaters were closed. It was on the brink of filing for bankruptcy protection when it was able to arrange financing to forestall that option.

The country's largest theater operator plans to begin opening its movie houses next month, and while it acknowledged its rebound is likely to be slow, the market is assuming it may even be slower than that, which raises the specter of AMC's viability.

The one hopeful thing is the experts have been wrong about so many aspects of this pandemic that it's possible a V-shaped recovery will still occur. No one's holding their breath waiting for that to happen, though.