Please ensure Javascript is enabled for purposes of website accessibility
Log In Help Join The Motley Fool
Free Article Join Over 1 Million Premium Members And Get More In-Depth Stock Guidance and Research
By Will Healy - May 14, 2020 at 10:35AM

Investors will have to decide if regional strength or size will deliver better stock performance.

At first glance, MercadoLibre (MELI -1.26%) and Amazon (AMZN 0.73%) may not appear comparable. MercadoLibre is an Argentina-based e-commerce and software company with a market cap under $39 billion. Amazon is a retail and tech conglomerate. At a market cap of about $1.2 trillion, only two publicly traded companies in the world have grown to larger size.

MercadoLibre has become the dominant retailer in Latin America. However, its much larger peers, Amazon and China-based Alibaba, are making inroads in the company's home region. As retail competition heats up south of the border, investors will have to decide whether they believe they can earn higher returns on the smaller regional player, or whether they want to go with the more established retail giant. 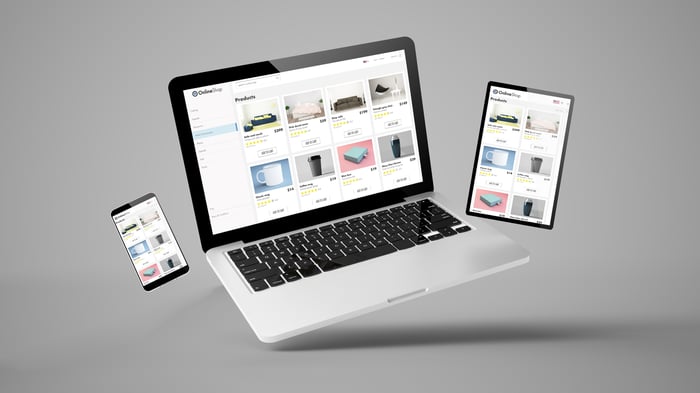 MercadoLibre holds a lead in its core market of Latin America. Despite the rising popularity of cashless payment options, Latin America remains largely a cash-based society. Comparatively few of its citizens have credit cards, and many do not even hold bank accounts. Thus, MercadoLibre appears to have a crucial advantage over Amazon in this region as it has built a platform that can serve these customers.

Selling to these customers has not only made MercadoLibre a popular e-commerce platform in its home region, but also made the company a PayPal of Latin America. Its payments system, called MercadoPago, has grown into an ecosystem that serves both online sites and, lately, physical stores.

The company also continues to post impressive growth numbers. Gross merchandise volume of $3.4 billion rose by 34.2% in the previous quarter, and net revenues grew by 70.5%. The total payment volume of $8.1 billion also increased by 82.2% year over year. Though the company lost $0.44 per share in the quarter, analysts believe it will turn profitable in 2021. Given this growth, investors can see why it recovered quickly from the recent sell-off. 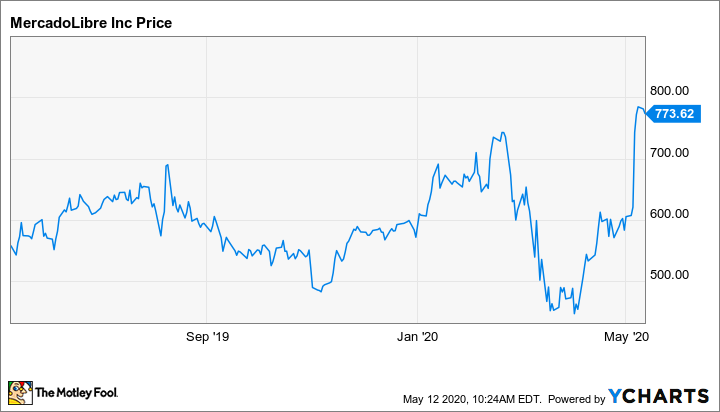 This stock will not come cheap. MercadoLibre trades at almost 15.7 times sales, well in excess of Amazon's sales multiple of approximately 4.1. With analysts seeing positive earnings soon, they believe net income also will grow by an average of 20.5% per year over the next five years. Investors will have to decide whether this is enough growth to justify MercadoLibre's elevated multiple.

Investors will also have to make decisions regarding Amazon's valuation. This blue chip stock has shown formidable strength over the years as its ascendancy has struck fear in even direct competitors such as Costco and Walmart.

Amazon has also found a way to maintain considerable levels of growth. Even with its size, its retail operations produce small margins. Hence, Amazon does not generate the majority of its profits from retail. Nonetheless, in the most recent quarter, the company managed to generate a 26% increase in net sales.

Thankfully for the company's bottom line, it also runs a cloud division. Not only does Amazon lead this high-growth industry, but Amazon Web Services also produces the majority of the company's profits. AWS's lower revenue compared to retail operations means Amazon can also generate high-percentage earnings increases, even though the company's large size would typically make those high growth rates more difficult.

The pandemic has done little to stop the increase in Amazon stock. Like most stocks, Amazon sold off between mid-February and mid-March. However, both retailing and cloud computing led the company to a rapid comeback. Despite the volatility, Amazon stock has risen by approximately 25% year to date. Little wonder investors continue to bid the stock price higher, despite a forward price-to-earnings (P/E) ratio of about 95. 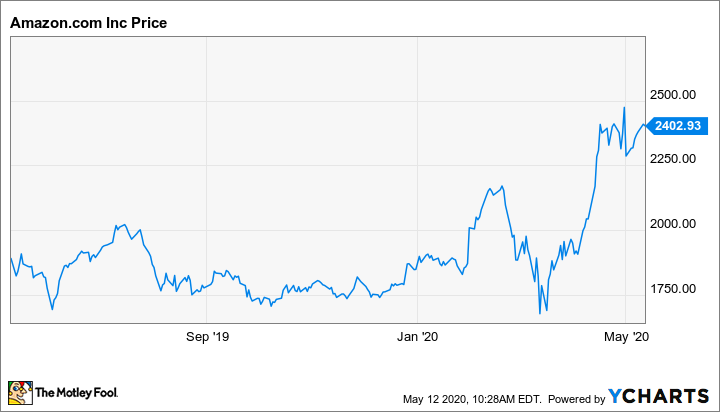 Admittedly, with forecasted earnings growth expected to average 34% per year over the next five years, the price of Amazon stock appears to have moved ahead of its earnings. The surge also comes at a time of falling profits as the company absorbs the increased cost of adding one-day shipping for Prime members. Still, continued strength in retailing and growth in the cloud should mean that Amazon will remain a long-term winner.

Nonetheless, if I have to choose between the two, I lean toward Amazon. If history serves as a guide, MercadoLibre stock could sell off as Amazon establishes a more significant foothold in Latin America. At that point, it will have to prove it can succeed amid competition from the Seattle-based e-commerce giant. A large size also usually makes achieving large growth percentages more difficult. Amazon has found a way around that issue. If current predictions hold and it produces higher growth rates than MercadoLibre, Amazon will more than likely emerge as a more profitable investment.