Please ensure Javascript is enabled for purposes of website accessibility
Log In Help Join The Motley Fool
Free Article Join Over 1 Million Premium Members And Get More In-Depth Stock Guidance and Research
By Timothy Green – May 14, 2020 at 12:35PM

The stock market was volatile on Thursday, declining early, recovering, then declining again. The Dow Jones Industrial Average (^DJI -0.14%) was down around 0.3% at 11:30 a.m. EDT.

Cisco Systems (CSCO 0.41%) was the Dow's top performer on Thursday, boosted by a quarterly report that wasn't as bad as expected. Meanwhile, shares of 3M (MMM -0.39%) slumped after the company disclosed a double-digit sales decline for April.

A significant revenue decline was a given for networking hardware giant Cisco in its fiscal third quarter, in light of a downturn in demand that began before the pandemic disrupted the U.S. economy. Cisco's sales were down 8% to $12 billion in the quarter ended April 25, beating analyst estimates by about $130 million. 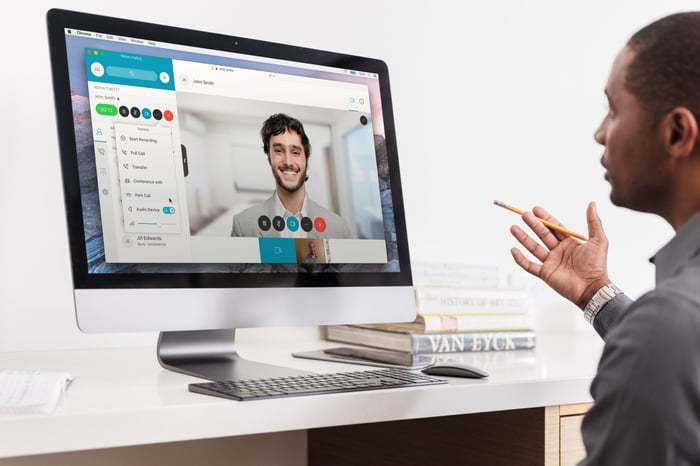 Unsurprisingly, Cisco's core networking switch and router business was the worst performer during the quarter. Revenue in the infrastructure platforms segment tumbled 15% year over year, as any incremental upgrade activity to deal with increased usage was swamped by customers pulling back on orders. The company also dealt with some supply chain issues.

While revenue was down, Cisco kept the bottom line afloat. Non-GAAP (adjusted) earnings per share came in at $0.79, up 1% from the prior-year period and $0.08 better than analysts were expecting. On a GAAP basis, EPS was down 6%.

Cisco's results were not great in an absolute sense, but the market was expecting worse. Shares of the tech giant were up 5.5% by late Thursday morning as investors digested the company's numbers.

Shares of industrial conglomerate 3M were down 2.4% Thursday morning after the company disclosed sales data for April. The company pulled its full-year guidance last month, but it committed to provide monthly updates until visibility improves.

Organic constant-currency sales were down 3% in the consumer segment, down 7% in the safety and industrial segment, down 10% in the healthcare segment, and down 18% in the transportation and electronics segment. The company continues to see strong demand in some areas, including personal safety, cleaning, and food safety, but significant weakness in others. End markets suffering from sales declines included oral care, automotive OEM, and stationery and office.

Organic constant-currency sales were down in all geographic regions. Sales were up 7% in China, but that growth was unable to offset sales declines elsewhere. In the United States, sales were down 15%. Including Thursday's decline, shares of 3M are now 29% below their 52-week high.