Please ensure Javascript is enabled for purposes of website accessibility
Log In Help Join The Motley Fool
Free Article Join Over 1 Million Premium Members And Get More In-Depth Stock Guidance and Research
By Bram Berkowitz - May 14, 2020 at 7:09PM

The card company is seeing a huge shift to e-commerce, some of which could be permanent following the pandemic.

While the coronavirus pandemic has hampered spending across the world, it's helping more people adopt digital habits and boosting e-commerce sales.

Visa's (V 0.12%) Chief Product Officer Jack Forestell told MarketWatch recently that 13 million Visa cardholders in Latin America made e-commerce transactions for the first time ever in March. "We're seeing a massive acceleration toward e-commerce adoption," said Forestell, adding that the pandemic has helped accelerate trends that were already starting to form in the payments industry. 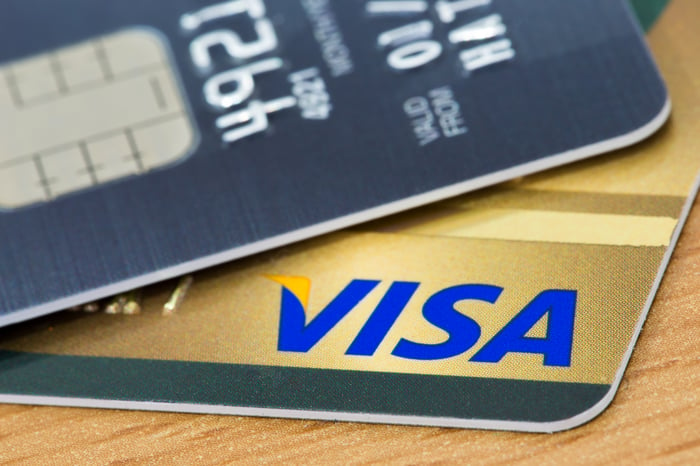 U.S. e-commerce sales have reportedly jumped 49% in April, compared to the baseline period in early March before stay-at-home orders went into effect, according to data collected by Adobe. Online grocery helped drive the increase in sales, with a 110% boost in daily sales between March and April, while electronic sales grew 58%.

Overall, Visa reported net income in the second fiscal quarter of the year of roughly $3.1 billion, up 4% year over year on a GAAP basis.

Visa CFO Vasant Prabhu said on the recent earnings call that while the company's short-term performance will likely struggle, it remains confident in long-term growth prospects. He said the pandemic is speeding up tap-to-pay adoption and possibly creating permanent changes, such as using digital-payment methods to obtain food and drug items, which previously were completed more heavily through face-to-face transactions.

"There is certainly a growing tendency to not want to use cash," he added. "And also, of course, not even just a tap your card, the aversion to cash could be persistent, which means that even face-to-face transactions or penetration of digital forms of payment could be growing in a permanent and structural way faster than it might have prior to the crisis."