Please ensure Javascript is enabled for purposes of website accessibility
Log In Help Join The Motley Fool
Free Article Join Over 1 Million Premium Members And Get More In-Depth Stock Guidance and Research
By Rhian Hunt - May 18, 2020 at 12:50PM

Crew of Carnival, Royal Caribbean, and other cruise lines have been stuck on ships for more than two months.

While the 100-day no-sail order issued to cruise lines by the U.S. Congress seems to suggest the ships would be docked and empty, many vessels are in fact out at sea, sailing in the maritime equivalent of a holding pattern. New reports indicate ships from Carnival (CCL -6.82%), Norwegian Cruise Line Holdings (NCLH -9.55%), Royal Caribbean (RCL -7.19%), Disney Cruise Line (DIS -1.13%), and MSC Cruises still have a total of approximately 100,000 crew trapped aboard.

Some of the ships are docked in ports around the world, with their crews either not permitted or otherwise unable to get ashore. Others are sailing the Caribbean without passengers, awaiting permission to return to port and disembark their crews. According to numbers reported by The Miami Herald, the proportion of crews actually repatriated varies by cruise line, ranging from an estimated 23% of Royal Caribbean and 37% of Carnival crew members to 76% of MSC shipboard personnel. 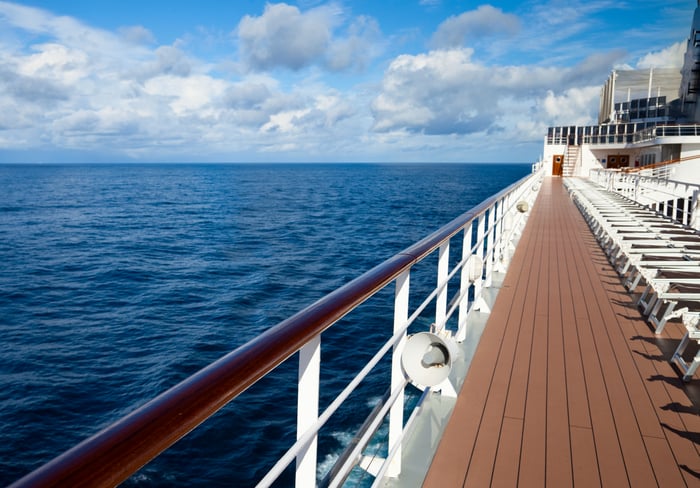 In the case of U.S. citizen crew, the CDC's requirement of using charter flights to transport people off cruise ships makes repatriation prohibitively expensive. In many other cases, countries have sealed their borders entirely, meaning crew who are citizens there must wait on board at the dock until the border closure is lifted. Carnival spokesman Roger Frizzell noted in one instance "we have 7,500 Filipinos on our ships in Manila, currently waiting to be allowed to go ashore."

Long confinement on the ships has caused two workers to kill themselves by jumping overboard. COVID-19 continues to spread in the closed environment of some ships, infecting at least 578 crew and killing seven. Many are also currently unpaid or have received only reduced wages.