Please ensure Javascript is enabled for purposes of website accessibility
Log In Help Join The Motley Fool
Free Article Join Over 1 Million Premium Members And Get More In-Depth Stock Guidance and Research
By Rhian Hunt - May 18, 2020 at 1:42PM

The lawsuit comes three months after Peloton reached a settlement in a similar suit.

Peloton is no stranger to litigation. This February, it accepted a settlement in a long-standing lawsuit against Flywheel Sports. Flywheel admitted to infringing two of Peloton's patents with its Fly Anywhere Bike. The suit ended with Flywheel ending its online cycling classes on March 27, with customers eligible to trade in their bikes for a Peloton bike and $39 monthly Peloton subscriptions. 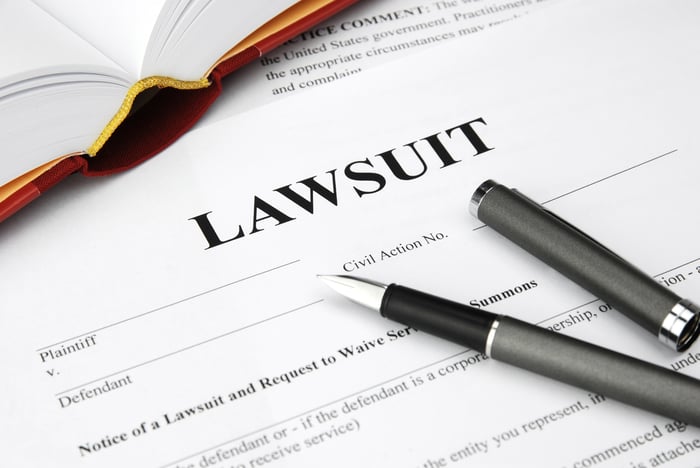 The fitness and exercise equipment company was also the target of a lawsuit launched in May 2019 by several music publishers. The publishers first sought $150 million, then $300 million in damages, alleging the company used more than 2,200 unlicensed songs in its videos. Peloton settled in the first week of May 2020, paying $49.3 million in settlement costs and legal fees.

In this latest lawsuit, Peloton claims Icon, owner of the famous NordicTrack brand which manufactures ski machines, ellipticals, and other exercise gear, is copying a feature of its online fitness videos that lets live users compete against each other in real time while watching an archived session.

Peloton blasted Icon in its legal filing, saying people grew "tired of the same boring, at-home fitness equipment that had languished in basements for decades -- like the Icon products -- and instead wanted the revolutionary new 'connected' community fitness experience that Peloton offered." Peloton claims its rival "attempted to free ride off Peloton's innovative technology."