Please ensure Javascript is enabled for purposes of website accessibility
Log In Help Join The Motley Fool
Free Article Join Over 1 Million Premium Members And Get More In-Depth Stock Guidance and Research
By Evan Niu, CFA - May 18, 2020 at 2:00PM

Homebuilder sentiment has started to recover.

Shares of major homebuilders have soared today after the National Association of Home Builders (NAHB) released its NAHB Housing Market Index (HMI), which showed an uptick in sentiment for May. Following a precipitous plunge in April due to the COVID-19 pandemic, homebuilder sentiment posted a better-than-expected increase.

Here's where prominent homebuilder stocks were trading as of 12:30 p.m. EDT:

The index, which can range from 0 to 100, had plummeted from 72 in March to 30 in April. That 42-point decline was the biggest drop on record. The HMI rebounded to 37 in May. Homebuilders hope that homebuying activity will bounce back, particularly given mortgage rates have fallen to record lows as the Federal Reserve has pumped cash into the economy to lower rates -- a part of its efforts to stimulate economic activity in the face of the novel coronavirus outbreak. Economists were expected an HMI of 35 in May. 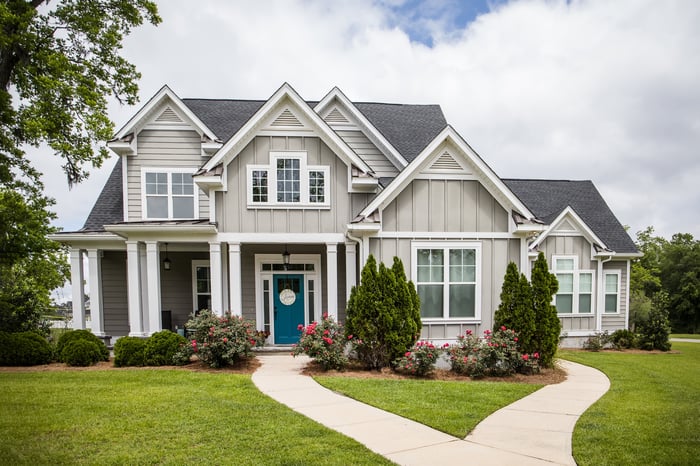 Mortgage applications have also started to recover, even as broader macroeconomic concerns linger due to unprecedented job losses in recent months. However, some experts note that those job losses are likely concentrated in demographic groups -- younger and lower income -- that tend to be renters and wouldn't be in the market to buy a home anyway.

Meritage said orders in April were 775, down from 916 last year, net of cancellations that represented 20% of gross orders. In a statement, CEO Steven Hilton said:

As we previously disclosed, sales momentum increased during the last two weeks of April. This increase in traffic and orders has carried over into May so we expect this month's orders could be in-line with last May. Qualified buyers are taking advantage of low interest rates and choosing to move into a safe, comfortable and healthy home of their own.

Meritage is participating in a virtual investor conference later today.