Please ensure Javascript is enabled for purposes of website accessibility
Log In Help Join The Motley Fool
Free Article Join Over 1 Million Premium Members And Get More In-Depth Stock Guidance and Research
By Rebecca Shore – May 19, 2020 at 7:39AM

Jeff Bezos's plans to sink $4 billion into protecting workers from COVID-19 puts it ahead of competitors in terms of protecting the supply chain in a post-coronavirus economy.

On April 30, after technology behemoth Amazon.com (AMZN 3.15%) announced first-quarter earnings, its shares dropped about 5% in after-hours trading. In the next few days, investors had taken the stock down nearly 9%. Why were they spooked?

The company's earnings report missed analysts' expectations. Rising costs drove Amazon's earnings per share down 29% year over year to $5.01, well below the $6.23 analysts expected. And labor woes, talk of investigations, and possible congressional testimony have all driven some investors away. 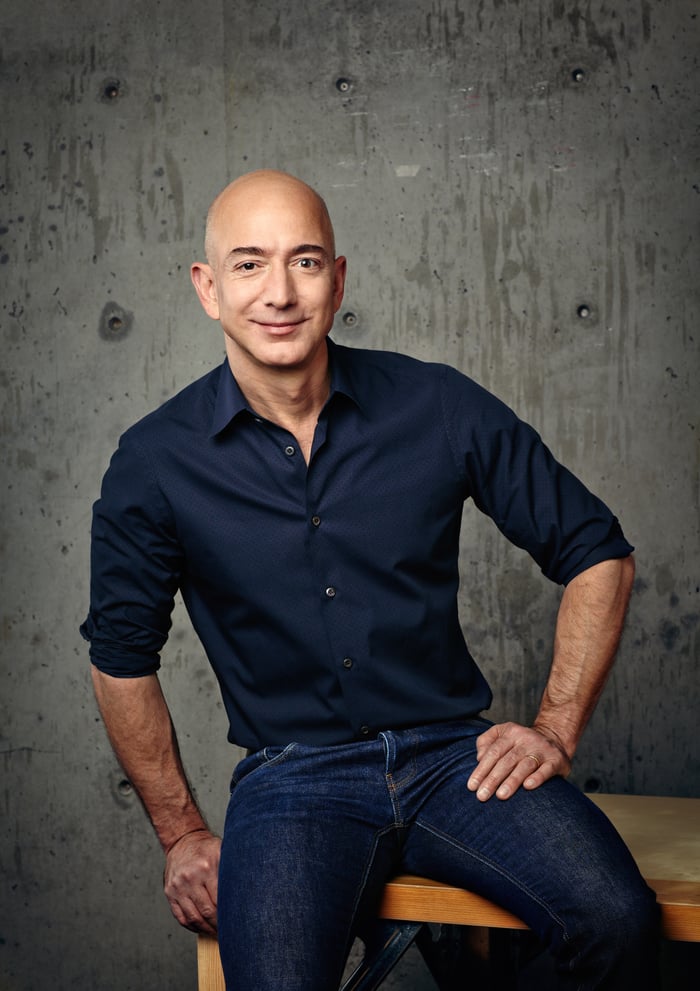 Amazon was certainly well-positioned to succeed in this new world of shelter-in-place orders. Indeed, the company's sales grew an impressive 26% year over year, up from its 17% growth in the prior-year quarter.  But a narrative of this incredible success at the cost of workers' health has emerged, with walkouts, negative press, and attention from states' attorneys general and legislators demanding Amazon do more to protect its workers.

Things came to a head when four employees who raised concerns about the spread of COVID-19 in Amazon's warehouses were fired. In a May 7 letter, Sen. Elizabeth Warren and nine other Democratic senators sent a letter to Amazon's leadership questioning whether the firings were retaliation against whistleblowers.

An Amazon spokeswoman said: "These individuals were not terminated for talking publicly about working conditions or safety but, rather, for violating -- often repeatedly -- policies, such as intimidation, physical distancing, and more."

The letter came on the heels of a May 1 bipartisan call from the House Judiciary Committee for CEO Jeff Bezos to come before the committee.   The lawmakers want Bezos to address an April 23 Wall Street Journal report that the company used data from independent sellers to design its own products to meet consumer demand. Amazon said in a statement that it did not believe the claims in the article were factual. As yet, Bezos himself hasn't said whether he will testify, although the company responded in a letter that it was "prepared to make the appropriate Amazon executive available..."

During Amazon's first-quarter earnings report, CEO Bezos made a stunning announcement. The company committed $4 billion -- what it might have expected in operating profit for the second quarter -- on COVID-related expenses. The investment will take the form of personal protective equipment for employees, enhanced cleaning of its facilities, instituting processes to encourage social distancing, and development of COVID-19 testing.

Will the investment pay off?

In the weekly news commentary podcast Pivot, co-host Scott Galloway called Amazon's move it "mind-blowing and ambitious." Galloway asserted that the company's investment will help it build the first virus-free supply chain. And with some public health experts concerned about future waves of outbreaks, this "vaccinated" supply chain, as Galloway dubbed it, becomes even more important.

Many analysts are on board with Amazon's investment. On May 1, JP Morgan raised its price target for Amazon, saying the company's shares could surge another 31% from where it traded when it closed that day. JP Morgan's upgrade means it joined two other Amazon bulls, Goldman Sachs and Susquehanna, with price targets of $3,000 a share.  JP Morgan's Doug Anmuth says Amazon's investment will drive "increased customer loyalty, accelerated e-commerce adoption, and sustainable penetration lifts in emerging categories such as grocery, essentials, and household items." And The Motley Fool's own Danny Vera answers the "should you by Amazon.com stock now"question with an unqualified "yes," based on Jeff Bezos's leadership and position in the marketplace.