Please ensure Javascript is enabled for purposes of website accessibility
Log In Help Join The Motley Fool
Free Article Join Over 1 Million Premium Members And Get More In-Depth Stock Guidance and Research
By Bram Berkowitz – Updated May 20, 2020 at 4:49PM

Goodwill impairments are rare under normal economic conditions, but can spike when triggered by an extreme event that significantly affects markets.

The sudden and sharp drop in global markets forced a number of banks to take goodwill impairments in the first quarter of 2020, a potential sign of tougher times to come.

Goodwill impairments are a slightly complicated accounting charge that shows up on an earnings report. Goodwill is the premium a company pays over the fair value of an acquired asset or liability. Most banks come into goodwill when they acquire another bank or company. For example, if company A purchases company B for $100 million, but the book value of company B is $50 million, then goodwill equals $50 million (purchase price minus book value). An impairment is when the asset's value deteriorates and dips below the book value.

Goodwill is an intangible asset that essentially puts a price on something that is hard to value. For instance, company A might have purchased company B for more than its fair value because company B has a really loyal customer base or an all-star management team, items that can be hard to price. These write-downs, which are taken as a non-interest expense, do not affect liquidity or regulatory ratios but can hurt earnings and hamper a company's ability to pay out dividends. 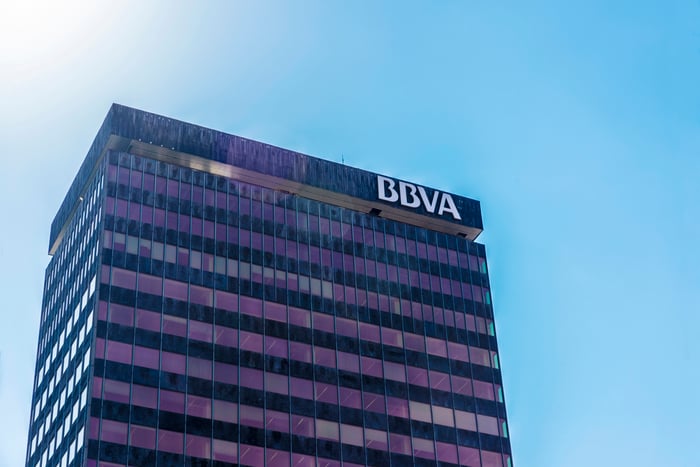 The Spanish bank BBVA (BBVA) took a goodwill impairment of $2.2 billion in its American division, BBVA USA, which is based in Alabama. The bank attributed the impairment to the "drastic change in macroeconomic conditions and economic forecasts brought on by the COVID-19 pandemic."

The majority of the goodwill amount, according to BBVA CEO Onur Genc, dates back to the period between 2004 and 2009 when BBVA acquired multiple banks to create what is now BBVA USA. However, that goodwill has been losing value for some time. The balance of it was roughly $9.8 billion at the end of 2018. After this most recent impairment, goodwill is down to roughly $2.3 billion.

Like other European banks, BBVA has suspended dividends until economic uncertainty disappears.

Based in Portland, Oregon, the $27.5 billion asset Umpqua Holdings Corporation (UMPQ -0.35%), the holding company of Umpqua Bank, nearly wrote down its entire goodwill after taking a $1.8 billion impairment. The bank was trading higher than other banks that took goodwill impairment, but still only at about 85% of book value as of this writing.

The $17.8 billion Cadence Bancorporation (CADE), the parent company of Cadence Bank, is a middle-market focused commercial bank operating in Alabama, Florida, Georgia, Texas, Mississippi, and Tennessee. The bank was founded in 2009 by raising $1 billion in capital and acquiring three banks: Cadence Bank, Superior Bank, and Encore Bank. The company took a $412 million goodwill impairment in the first quarter, wiping out most of its goodwill value. The company also reduced its quarterly dividend to $0.05 per share, which is down from $0.175 per share in the previous quarter. The bank was recently trading at just 36.5% of book value.

The nearly $59 billion asset New York-based CIT Group (CIT) is the holding company of CIT Bank and offers banking services nationally. During the first quarter, the bank took a nearly $345 million goodwill impairment, leaving the company with about $147 million left in goodwill value. The impairment came from CIT's emergence from bankruptcy in 2009 and its 2015 acquisition of IMB HoldCo LLC, the parent company of OneWest Bank. The write-down did not include any of the goodwill recognized through CIT's recent acquisition of Mutual of Omaha Bank. The bank maintained its normal dividend and was recently only trading at about 25% of book value.

Based in Irvine, California, the $8.4 billion asset Opus Bank (OPB) took a roughly $96 million goodwill impairment, leaving the bank's total goodwill value at more than $235 million. Interestingly enough, Pacific Premier Bancorp (PPBI -0.93%), which is also in Irvine, recently announced that it will acquire Opus Bank for $1 billion, or $26.82 per share, based on Pacific Premier's closing stock price on Jan. 31, well before markets began to fall because of the coronavirus. Currently, Opus Bank is trading for around $15 per share, while Pacific Premier trades for around $16.86 per share. Opus maintained its normal quarterly dividend and is currently trading at about 55% of book value.

Goodwill impairment is uncommon under normal economic conditions, and seeing six banks -- and there were likely a few others -- take the charge is significant. But there may be many more that end up taking goodwill impairments in the second or third quarters of 2020. When asked about goodwill impairment, Umpqua Bank's CFO Ron Farnsworth said on the company's recent earnings call: "I think it's something that just came on so fast late in the quarter, that my guess is, if you're not going to see it in Q1, in the regional bank space, you might see it later in the year, depending on the economic forecast."