Please ensure Javascript is enabled for purposes of website accessibility
Log In Help Join The Motley Fool
Free Article Join Over 1 Million Premium Members And Get More In-Depth Stock Guidance and Research
By Rich Duprey - May 20, 2020 at 10:35AM

The cruise ship industry may be in the eye of the storm, with worse conditions still to come.

The cruise ship industry is getting a major haircut from an analyst at investment firm SunTrust Robinson, who says we may not have seen the bottom of Carnival (CCL -0.28%), Norwegian Cruise Line (NCLH -0.03%), and Royal Caribbean (RCL 0.73%) shares. 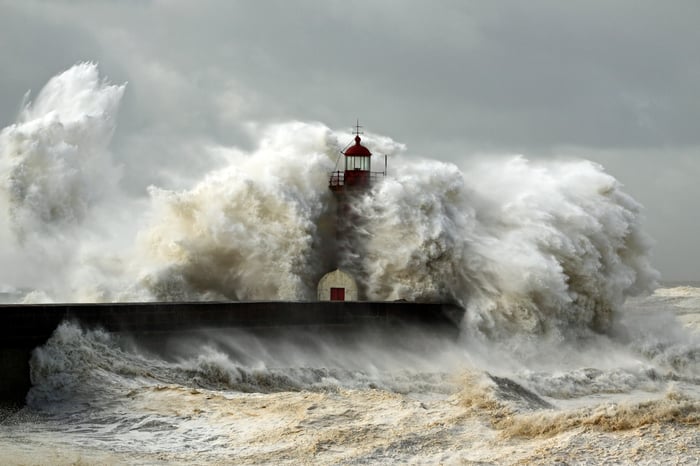 That's a big reversal for an industry that was sailing higher on Monday as a result of brighter economic hopes, somewhat positive comments from the Federal Reserve chairman, and declining numbers of COVID-19 cases.

But Scholes sees trouble on the horizon for cruise ship operators. Thefly.com says that while the analyst is maintaining his ratings on Carnival, Royal, and Norwegian, he wrote in a note to clients that booking volume is decelerating rapidly, so where pricing had been stable for the industry, he believes that may be the "next shoe to drop."

Shares of the cruise ship companies have "taken a severe beating" due to the pandemic, with shares of Carnival plunging 72% in 2020, while Royal Caribbean is down 68% and Norwegian tumbled 78%, but the analyst says it's actually to early to say they've hit bottom. Investors may see their shares scuttled until the COVID-19 crisis is well behind us.