Please ensure Javascript is enabled for purposes of website accessibility
Log In Help Join The Motley Fool
Free Article Join Over 1 Million Premium Members And Get More In-Depth Stock Guidance and Research
By Taylor Carmichael – May 21, 2020 at 6:03AM

Alnylam Pharmaceuticals (ALNY 2.65%) has been a phenomenal biotech stock. The company had its initial public offering in 2004. Shares are now 22 times more valuable than they were 16 years ago. That's an incredible stock performance. And yet the company is still not profitable.

Why is the stock market so in love with Alnylam?  And is now a good time to buy shares?

Alnylam is a market leader in RNA interference.

Historically, drug discovery has always focused on proteins. After the human genome was mapped, many biotech companies shifted into designing drugs that might fix malfunctioning DNA (deoxyribonucleic acid).

Alnylam is doing something different. The company is focused on RNA (ribonucleic acid) interference. RNA is the "messenger" between DNA and the cells that make proteins. Alnylam's science has opened up a whole new field of drug research. Instead of targeting proteins, or fixing DNA, the company is creating drugs that interfere with specific RNA molecules. So, for instance, if you have malfunctioning DNA, the company's drugs turn off the RNA messenger. What that means is that your bad DNA can no longer instruct cells to create bad proteins. The malfunctioning DNA is still there, but it's effectively silenced.

RNA interference (or RNAi) is naturally occurring in the human body all the time. It's part of the body's defense mechanism against viruses. RNAi is thought to have the most potential in three broad categories of disease: viral infection, cancer, and inflammation.

The discovery of RNA interference is relatively new. Dr. Craig Mello and Dr. Andrew Fire first published a paper in Nature in 1998 describing a scientific breakthrough: We can silence genes by interfering with RNA. A few years after this discovery was made, venture capitalists funded Alnylam to pursue RNA-interfering molecules. The company went public in 2005, valued at $6 a share. The next year, Dr. Mello and Dr. Fire won the Nobel prize for their research in RNA interference.

It would take over a decade for Alnylam to get the first RNAi drug approved by the Food and Drug Administration (FDA). It finally happened in 2018. The approval was for patisiran, a treatment for ATTR amyloidosis, a genetic disorder characterized by a buildup of bad proteins in the heart and nervous system.

In 2019, the FDA approved a second RNAi drug, also from Alnylam. This drug, Givlaari, is a treatment for an ultra-rare condition known as acute hepatic porphyria (AHP). These two drug approvals have validated the science and excited the market. Now shares of Alnylam are trading hands at $136. And Alnylam's market cap has risen to $16 billion.

Alnylam's success has inspired other biotech companies to seek out molecules that interfere with RNA, including Arrowhead Pharmaceuticals and Dicerna Pharmaceuticals. But Alnylam is the first mover in this space, and has the most experience with RNAi science. 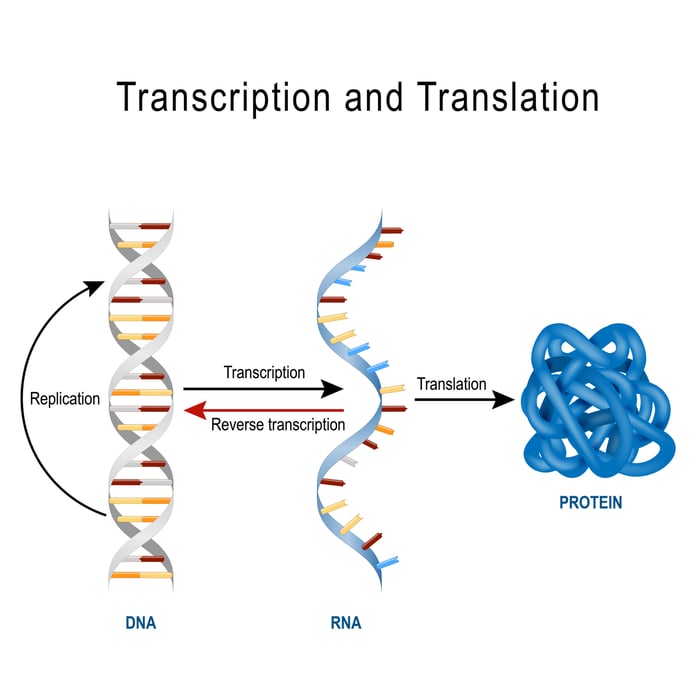 What's in the future for Alnylam?

Alnylam had $166 million in revenues for patisiran (marketed as Onpattro) in 2019. So far almost 1,000 people are on the drug. The company estimates there are approximately 300,000 people worldwide who suffer from the various forms of ATTR amyloidosis.

Onpattro is currently priced at $345,000 per patient per year. At that price point, the drug should easily achieve blockbuster status (more than $1 billion in sales in a year).

Alnylam is estimating that its second drug, Givlaari, has a market opportunity of about $500 million a year. Givlaari treats acute hepatic porphyria (AHP), an ultra-rare condition affecting perhaps 3,000 people in the United States and Europe.

The company has recently filed a new drug application (NDA) for lumasiran, an RNAi drug to treat a rare kidney disorder known as primary hyperoxaluria type 1 (PH1). The FDA is expected to approve the drug, as Alnylam's phase 3 trial was a success.

PH1 is a serious medical condition that results in painful kidney stones and a progressive decline in kidney function. It's another ultra-rare disease that affects approximately 4,000 people in the U.S. and Europe.

Alnylam also has collaboration deals in effect for some high profile drugs. For instance, last year Novartis paid $9.7 billion to acquire The Medicines Company, in order to get the rights to inclisiran, a drug discovered by Alnylam. Obviously Novartis believes this cholesterol-lowering agent is a future blockbuster. Alnylam will receive milestone payments and 20% royalties from future sales of this drug, if and when it's approved by the FDA.

Another collaborator, Vir Biotechnology, is in a race with Arrowhead to find a possible cure for hepatitis B. Vir's RNAi drug, VIR-2218, was licensed from Alnylam and is currently in phase 2 trials. Alnylam has 50-50 option rights on the molecule.  Preliminary data is highly positive. In March, Vir and Alnylam expanded their collaboration to find an RNAi drug to combat COVID-19.

Without any profits, and with a price-to-sales ratio of 53, Alnylam has to be called an expensive investment right now.

On the other hand, Alnylam appears to be developing a dominant franchise in ATTR, worth many billions. The company already has two RNAi drug approvals, and the third one is likely to happen this year. The company's RNAi science has not only been validated, it's become incredibly valuable. The market size of RNAi drugs is estimated to reach $131 billion over the next four years.

As the top dog and first mover in RNAi drug research, Alnylam is a fast-growing company and a biotech stock for investors to consider.