Please ensure Javascript is enabled for purposes of website accessibility
Log In Help Join The Motley Fool
Free Article Join Over 1 Million Premium Members And Get More In-Depth Stock Guidance and Research
By Leo Sun - May 21, 2020 at 12:30PM

China’s Gen Z darling continues to dazzle the bulls even as the COVID-19 crisis slams the broader economy.

Bilibili subsequently gave up some of its post-earnings gains, but it remains up nearly 80% for the year -- which indicates the bulls aren't too concerned about its widening losses. But does this stock still have more room to run throughout the rest of the year?

A sticky ecosystem for anime, comics, and gaming enthusiasts

Bilibili prides itself on being an exclusive club for ACG enthusiasts, and promotes basic members to "official" members if they pass a 100-question exam. Those members are granted exclusive perks, and are generally easier to retain and convert to paid users.

Its total number of "official" members rose 66% annually to 82 million during the quarter, and those members had a 12-month retention rate of over 80%. Its number of average monthly paying users (MPUs) also jumped 134% to 13.4 million.

Its core businesses are firing on all cylinders

Bilibili generated 50% of its revenue from mobile games during the quarter. Another 34% came from value-added services (mostly from live streaming videos), 9% came from online ads, and the remaining 7% mainly came from its e-commerce marketplace. All four businesses generated robust revenue growth during the quarter, which bore the full brunt of COVID-19 lockdowns across China in February.

Its gaming revenue rose as it released a major content update for its top game, Fate/Grand Order. Licensed games like Azur Lane and Furious Yama also remained popular, and jointly operated games like Arknights performed well. The value-added services segment benefited from the growth of its live broadcasting ecosystem, which generates revenue from paid subscriptions and virtual gifts. 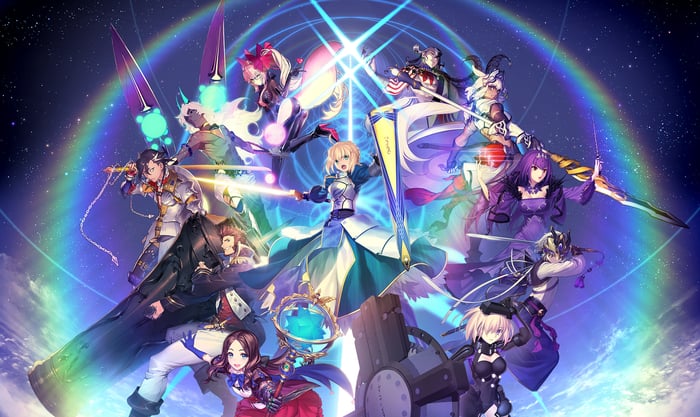 The e-commerce business, which sells ACG tie-in content with Alibaba's (BABA -1.56%) Taobao, generated slower growth, but it faced a tough year-over-year comparison as the COVID-19 crisis throttled shipments of non-essential goods. This segment should stabilize after the pandemic passes.

But its expenses are also rising

Bilibili's cost of revenue rose 51% annually to 1.8 billion yuan ($252 million) during the quarter. Half of that total was allocated to revenue-sharing deals with content providers, and those costs could rise as it tries secure top streaming broadcasters and animated content.

Its total operating expenses surged 117% to 1.1 billion yuan ($152 million). The main culprit was a 234% jump in sales and marketing expenses allocated toward promoting Bilibili's app, brand, and mobile games. It also significantly increased its headcount over the past year.

Bilibili's spending and losses look daunting, but its cash, cash equivalents, and short-term investments more than doubled annually to 7.9 billion yuan ($1.1 billion) after a debt offering last April. Its debt-to-equity ratio of 1.2 looks stable, but Bilibili could still take on more debt before it starts to narrow its losses.

COVID-19 only seemed to directly impact Bilibili's e-commerce business. Its other businesses, including the macro-sensitive advertising unit, seemed to benefit from the lockdowns. As a result, Bilibili expects its second-quarter revenue to rise 63%-66% annually.

It didn't provide an earnings forecast, but its losses will likely widen again. Bilibili's stock currently trades at about eight times this year's revenue. That's not a low valuation, but it seems reasonable for a company that could generate at least 50% revenue growth (in USD terms) this year.

I personally think Bilibili still has room to run. Tencent, Alibaba, and Sony (SONY -1.05%) all own significant stakes in the Gen Z darling, and it could continue to lock in more gamers, live streamers, and advertisers for the foreseeable future.