Please ensure Javascript is enabled for purposes of website accessibility
Log In Help Join The Motley Fool
Free Article Join Over 1 Million Premium Members And Get More In-Depth Stock Guidance and Research
By Rich Duprey - May 21, 2020 at 12:45PM

This year will be a disaster for the cruise industry's finances, but no one is going bankrupt.

The cruise ship industry has been tempest-tost as the COVID-19 pandemic shipwrecked the stocks of Carnival (CCL -6.82%), Norwegian Cruise Line (NCLH -9.55%), and Royal Caribbean (RCL -7.19%) over the last three months with losses of 60% or more.

Yet Credit Suisse analyst Benjamin Chaiken thinks now is the right time to embark on an adventure with these companies. The near term will see their financial performance buffeted some more, but it should be smooth sailing beyond. 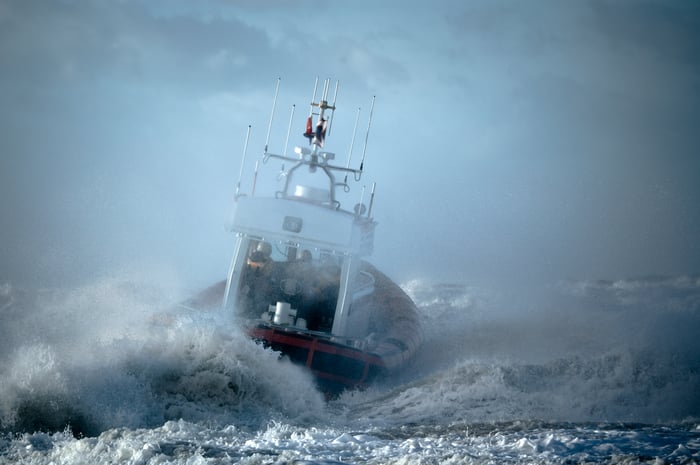 Not all cruise ships are equal

Chaiken initiated coverage on Carnival, Norwegian, and Royal, though he sees the latter two cruise lines as better investments. He wrote in a note to investors that people will begin taking vacations eventually and the value proposition of the cruise industry will drive the business higher, according to TheFly.com.

Because all three cruise operators have taken positions to enhance their liquidity during the coronavirus crisis, he doesn't foresee bankruptcy as a possibility for any of them. However, despite Carnival's seemingly attractive valuation, he doesn't see it outperforming Norwegian Cruise Lines or Royal Caribbean, and has rated it neutral in his new coverage.

Norwegian and Royal, on the other hand, will similarly see earnings take a massive hit this year, but should bounce back with capacity gains approaching 100%. He rates them both as outperform.

It should be pointed out that the analysis is at odds with other analysts who believe the attractive pricing Chaiken highlights is actually the "next shoe to drop" for the industry.