Please ensure Javascript is enabled for purposes of website accessibility
Log In Help Join The Motley Fool
Free Article Join Over 1 Million Premium Members And Get More In-Depth Stock Guidance and Research
By Evan Niu, CFA – May 22, 2020 at 9:00AM

Introduced back in 2016 as a Slack competitor, Facebook's (META -1.69%) Workplace platform hasn't really made much of a dent in the massive enterprise collaboration market. To Facebook's credit, Workplace has made more gains in the past year than it had in previous trips around the sun. The platform hit 2 million paid users in February 2019, growing to 3 million by October.

Since then, the COVID-19 pandemic has caused a surge in the use of enterprise collaboration tools as companies shift to remote work (including Facebook itself). That's helped push Workplace paid users to 5 million, up nearly 70% since the last disclosure. 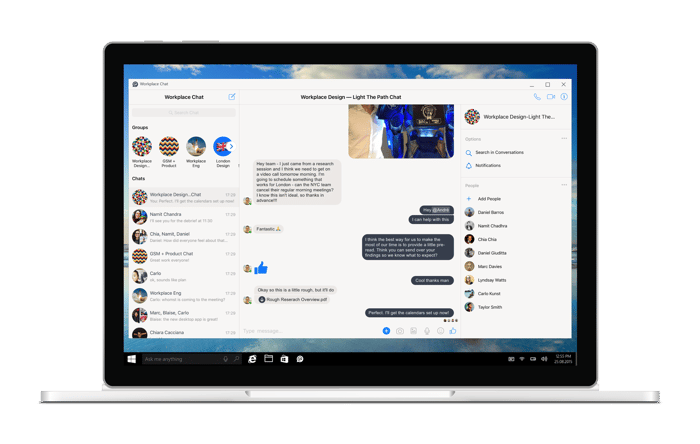 Facebook announced that milestone this week, noting a few high-profile customers it has added, such as Sephora and Petco, among others. Beyond adding new customers, Facebook is seeing "significant increases" in usage and engagement from existing customers due to the novel coronavirus outbreak. As companies scramble to adapt to a new reality, videoconferencing has become indispensable to facilitating collaboration among employees working from home.

"One of the most important trends in the world of work is the shift to remote work driven by the current global pandemic," Workplace head Julien Codorniou wrote in a blog post. "We believe this is a trend that will have lasting consequences."

The social networking tech giant is introducing additional features for enterprise videoconferencing. Building upon the same infrastructure that powers Messenger Rooms, Facebook is now offering Workplace Rooms, where up to 50 workers can collaborate in virtual meeting spaces.

Zoom Video Communications (ZM -0.12%) has been among the most prominent beneficiaries of the surging demand for videoconferencing services for both consumers and the enterprise. Zoom's meteoric rise in popularity was bound to attract competition, and Facebook is clearly trying to take a bite out of that growth on both sides of the business. Both companies have poor reputations when it comes to privacy and security.

Workplace is also adding a new live-broadcasting functionality to Portal, Facebook's video-calling hardware product that is only now starting to see healthy demand after months of stagnation.

The news comes as Facebook is now embracing remote work for its own employees, signaling that it would significantly ramp up remote hiring while allowing many workers to permanently shift to working from home.

Zuckerberg went as far as to predict that around half of all Facebook employees could end up working remotely within the next 10 years. Presumably, they'll also be using Workplace.