Please ensure Javascript is enabled for purposes of website accessibility
Log In Help Join The Motley Fool
Free Article Join Over 1 Million Premium Members And Get More In-Depth Stock Guidance and Research
By Alex Carchidi - May 23, 2020 at 6:12AM

Beating revenue expectations doesn't make up for a lack of efficiency in its value chain.

Aurora Cannabis's (ACB -3.44%) stock has been wildly fluctuating since the release of its better-than-expected Q3 earnings report May 14 in which the company acknowledged $53.8 million in sales. First, Aurora's stock had an unusually strong day, surging upwards of 70% on Monday. Then, as quickly as traders piled on, the newfound gains soon ebbed over the next few days.

Aurora may soon try to frame its favorable Q3 earnings as a hard-fought success in a market environment where wins are hard to come by. But for investors with a longer time horizon than one week, these volatile price movements are just a blip in a fading stock's long decline. Given the weakened state of the retail market in the face of the pandemic, it is highly unlikely that Aurora can turn its fortunes around to return to last year's highs. 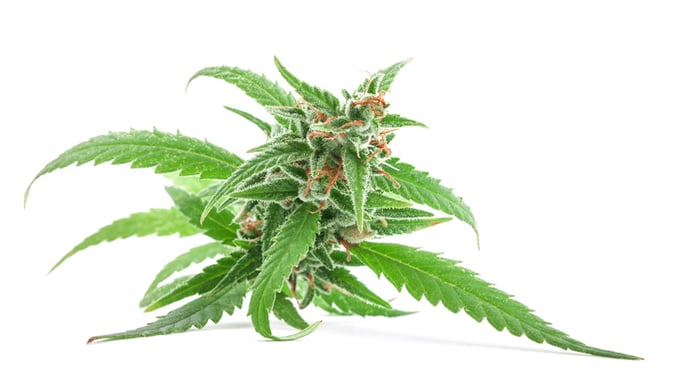 Even if Aurora beat analyst expectations in Q3, it's still trending downward

Despite being a major marijuana stock, Aurora has been a dismal performer recently, losing upwards of 80% of its value from this time last year. Many of the company's struggles stem from its overextended expansion and aggressive acquisition strategy.

In 2017 and 2018, Aurora acquired numerous medium-scale cultivators and retail outlets in Canada and elsewhere internationally. This rapid expansion culminated in 2018 when Aurora purchased marijuana cultivation company MedReleaf for $3.2 billion, making it one of the largest marijuana cultivators in the world. In the market conditions of the time, Aurora's strategy was sound. The market was still exuberant about the rise of cannabis stocks, and the Canadian cannabis industry still had a credible claim to producing marijuana products which would be cost-competitive with residual black-market products and eventually capable of eclipsing ubiquitous black-market distribution networks.

Unfortunately, the market's expectations were not borne out with Aurora. While the company succeeded in capturing a significant share of the Canadian cannabis market, its operating expenses have more than quadrupled from 2018 to the present. More importantly, Aurora's cost of revenue has increased by more than 11 times since 2018. Expanding supply capacity is a dangerous proposition when consumer demand doesn't behave as projected.

At the core of this issue is the problem of unprofitability. Despite industrial-scale manufacturing and highly efficient retail operations, Aurora is having difficulty selling its marijuana products to consumers in its major markets for more than they cost to produce. While the conventional wisdom in enterprise management may hold that rapid growth is more important than profitability for a company competing in a largely unexploited market, it appears as though Aurora grew so unsustainably quickly that the road to profitability was ignored for too long.

Aurora's focus on expanding its cultivation, distribution, and retail facilities left the company with a handful of unprofitable assets, which it has started to dump to generate cash. Since late last year, Aurora is realizing that its pursuit of growth cannot continue, resulting in the company halting construction of two new production facilities. Subsequently, Aurora's CEO stepped down earlier this year in the midst of the collapse of the company's market cap. By halting that construction, the company is eating into its own potential revenues in the future to avoid insolvency in the near term. It is unlikely that Aurora has any other choice if it wants to survive.

Don't get caught in this week's hype

Aurora may yet recover from its spiraling collapse. If management trims operations significantly and finds a way to serve their customers profitably over the next couple of years, it can consider expanding its supply capacity once again. Five years down the line, it might even become a profitable company with a rising stock price.

In the meantime, the stock likely has some distance to go before it hits a bottom, but it's impossible to say how big that distance is. Investors still holding the company's stock should sell what they have while they can still recover some of their investment. For those who aren't, though, there's still an opportunity to make a wise investment in Aurora for the long term despite its short and medium-term problems.

Moving forward, look for Aurora to continue cutting its operations, and keep track of the company's quarterly earnings reports. If the company is on a trajectory where their cost of goods sold is dropping consistently from quarter to quarter, it will be time to consider buying in. On the other hand, be aware that the company's revenue growth may be negative while it makes the internal changes it needs to serve the market profitably.