Please ensure Javascript is enabled for purposes of website accessibility
Log In Help Join The Motley Fool
Free Article Join Over 1 Million Premium Members And Get More In-Depth Stock Guidance and Research
By Keith Speights – May 24, 2020 at 9:08AM

The COVID-19 pandemic could be paving the way for Amazon to become a formidable force in the healthcare sector.

It's not surprising in the least that Amazon.com's (AMZN 2.25%) business has been dramatically changed as a result of the COVID-19 pandemic. Online shopping has skyrocketed. Amazon Prime subscriptions have soared. While many companies have reduced staff, Amazon is hiring 175,000 workers. And Amazon shares are at all-time highs.

There's also another long-term growth driver for the company related to the coronavirus outbreak that isn't getting as much attention. If you're an investor, you don't want to miss out on Amazon's massive healthcare opportunity with the COVID-19 pandemic. 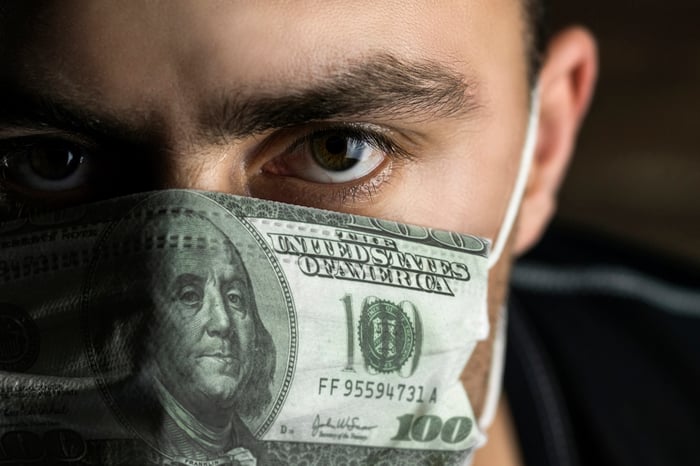 Reports began to surface in 2017 that Amazon was contemplating a move into the pharmacy market. A little over a year later, the company made its move by acquiring online pharmacy PillPack. For a while, the new subsidiary was known as "PillPack, an Amazon company." That changed in late 2019 to "PillPack by Amazon Pharmacy."

Amazon struck a deal with Blue Cross Blue Shield of Massachusetts to integrate its PillPack pharmacy services with the Blues plan's app and website. It's rumored to be in discussions with other major health insurers about potential integration options.

Meanwhile, Amazon has filed for trademark approval of the name "Amazon Pharmacy" in several countries, including Australia, Canada, and the United Kingdom. That's a big hint that the company has greater ambitions in the pharmacy market.

And the COVID-19 pandemic seems likely to accelerate Amazon's pharmacy push. Consumers' interest in online pharmacy services is greater now than ever. For example, CVS Health CEO Larry Merlo said in the company's Q1 conference call earlier this month that its specialty pharmacy digital refills soared around 50% in the first quarter due to the coronavirus outbreak.

On a side note, Amazon has also introduced a medication management skill for its artificial intelligence assistant Alexa. Individuals can review their prescriptions, set reminders to take meds, and order prescription refills through using Alexa. While Amazon is working with third-party pharmacies with this feature now, it doesn't take a stretch of the imagination to see the company soon rolling out even more advanced Alexa skills with its own online pharmacy. 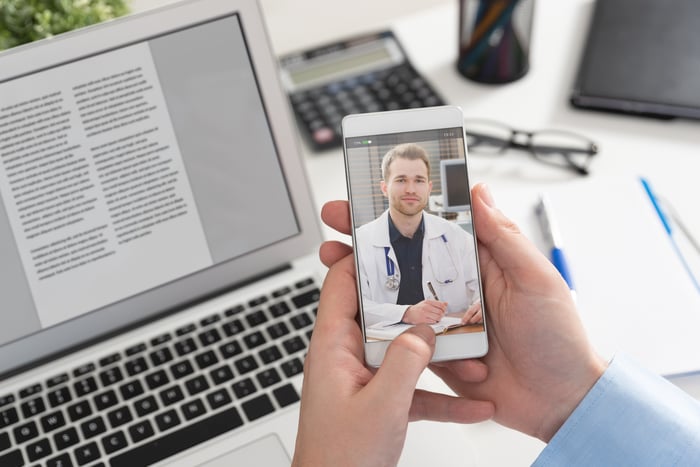 The coronavirus health crisis has also sparked a surge in the use of telehealth services. Industry leader Teladoc Health reported that its total telehealth visits nearly doubled year over year in the first quarter. Its visits soared 50% in just one week near the end of the quarter.

What does this have to do with Amazon? The company launched its own telehealth service, Amazon Care, in September 2019 for its Seattle-based employees.

Amazon Care offers most of the features provided by leading telehealth services companies. The main difference is that video visits aren't currently available on a 24/7 basis and are instead available from 6 a.m. to 10 p.m. However, live in-app chat with healthcare professionals is supported on a 24/7 basis.

For now, Amazon refers to its telehealth offering as "a new benefit being piloted for Amazon employees and their families in the Seattle area." But the company appears to have plans to make Amazon Care available to more of its employees in the future.

As you might expect, there is considerable speculation that Amazon Care might not be limited to Amazon employees for too long. The company is building an infrastructure that could easily be opened up to other employers or to the general public.

Amazon, of course, is already generating tremendous growth in e-commerce and its Amazon Web Services cloud hosting business. Its healthcare opportunity presents yet another great reason to buy the stock.

Make no mistake about it: This opportunity is enormous. The U.S. pharmacy market alone totals more than $300 billion annually. The global telehealth market is projected to top $55 billion by 2025.

With Amazon's technological prowess, well-known brand, and a platform already used by millions of people worldwide, the company could become a formidable player in the pharmacy and telehealth markets. The changing dynamics presented by the COVID-19 pandemic could very well fuel the company's healthcare ambitions. It might not be too long before Amazon is known as a healthcare stock in addition to being an e-commerce stock. And its current $1.2 trillion market cap could grow a lot bigger.