Please ensure Javascript is enabled for purposes of website accessibility
Log In Help Join The Motley Fool
Free Article Join Over 1 Million Premium Members And Get More In-Depth Stock Guidance and Research
By Jim Crumly – May 26, 2020 at 2:16PM

The company is also "increasingly optimistic" about a federally legalized cannabis market in the U.S.

Shares of Village Farms International (VFF 2.10%) are soaring on Tuesday, following yesterday's announcement that the company's Delta 2 greenhouse facility was approved for cannabis cultivation. The marijuana specialist also gave details about vaporizer products to be launched this summer.

The approval will allow the company to expand capacity as needed, with Village Farms CEO Michael DeGiglio saying in yesterday's press release, "At a time when many in the industry are scaling back new construction projects, Pure Sunfarms continues to move forward with expansion of its future capacity to be ready to meet the anticipated long-term demand for its products." Pure Sunfarms reported a 49% increase in total gross sales in the first quarter. 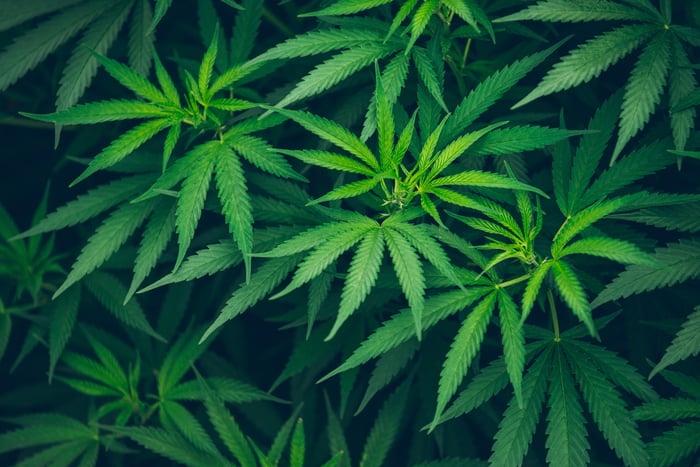 In its recent conference call, Village Farms had discussed plans to launch Cannabis 2.0 products in Canada this summer but didn't reveal any details. Monday's press release said that the company will launch a selection of vaporizer cartridges and disposable vaporizer pens and is preparing to roll out its first bottled cannabis oils.

Village Farms plans to enter the U.S. market for cannabidiol (CBD), but has previously expressed frustration at the lack of regulatory clarity from the federal government. Yesterday, the company said it was "increasingly optimistic about the prospect of a federally legalized cannabis market in the U.S.," a development that would open the door for the produce and cannabis company to use some of its 5.7 million square feet of greenhouse space in Texas for hemp cultivation.