Please ensure Javascript is enabled for purposes of website accessibility
Log In Help Join The Motley Fool
Free Article Join Over 1 Million Premium Members And Get More In-Depth Stock Guidance and Research
By Anders Bylund – May 26, 2020 at 12:39PM

The company's private owners are sharing a small sliver of their voting power and economic interests with retail investors.

Music publishing giant Warner Music Group is rejoining the public stock market after nine years under private ownership. The company filed an S-1 to announce its intent to go public in February, then withdrew that offering as the COVID-19 crisis turned the markets upside down. Warner Music is back with a fresh S-1 filing today, planning to sell as many as 80.5 million Class A shares at a launch price between $23 and $26 per share.

The stock offering involves 70 million shares currently held by private investment firm Access Industries, which has held 100% of Warner Music's equity since acquiring the company for $3.3 billion in 2011. 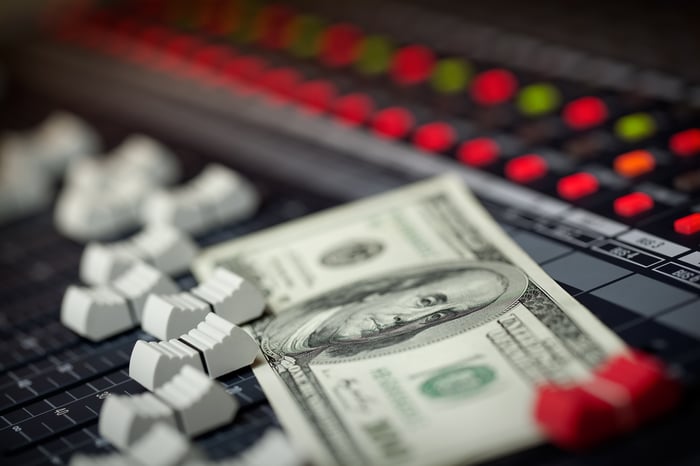 Access Industries is taking home $1.6 billion at the bottom end of that range, or as much as $2.1 billion if the underwriting banks take full advantage of their option to grab another 10.5 million shares.

Voting power will remain firmly in the hands of Access Industries, whose 440 million Class B shares will stay entirely in the group's control and represent at least 99.1% of the company's total votes. The publicly traded shares also represent just roughly 16% of the economic interests in Warner Music, so the market cap should land between $11.8 billion and $13.2 billion at launch.