Please ensure Javascript is enabled for purposes of website accessibility
Log In Help Join The Motley Fool
Free Article Join Over 1 Million Premium Members And Get More In-Depth Stock Guidance and Research
By Lou Whiteman – May 27, 2020 at 8:46AM

GE is shedding the 130 year old unit that started it all.

Thomas Edison's company is selling off the product the inventor is best known for.

General Electric (GE -1.48%) said Wednesday it has a deal in place to sell its consumer lighting business to Savant Systems, part of a broader restructuring of the industrial conglomerate. Financial terms of the deal were not disclosed, but Savant said it has secured a long-term licensing agreement for use of the GE brand. 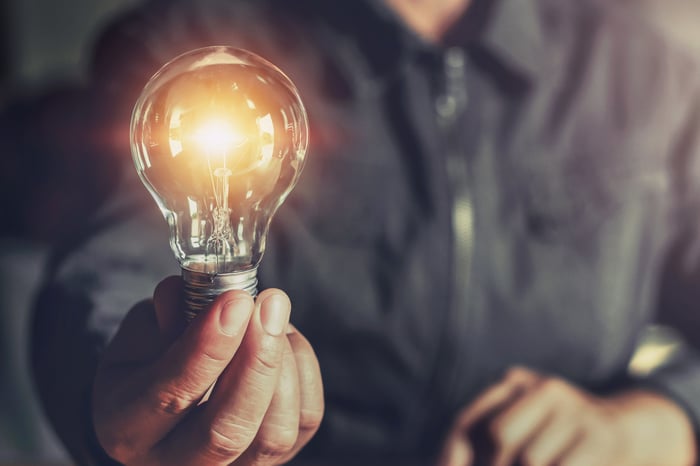 GE is in the middle of a multi-year turnaround designed to reverse a severe decline in its stock price due to market-topping acquisitions and taking on too much debt. Shares of GE have lost 70% of their value compared to its 1990s heydays, but the conglomerate is attempting to raise cash to pay down the debt by shedding units including its locomotive business, part of its healthcare unit, and lighting.

In a statement, CEO Larry Culp called the lighting sale "another important step in the transformation of GE into a more focused industrial company."

The deal is unlikely to move the needle on GE's debt burden, but it's a positive sign Culp's transformation plan is ongoing despite the COVID-19 pandemic crisis.

The challenges facing GE are daunting. Coming into 2020 the company had hoped to use profits from its aircraft engine and aviation unit to fund a turnaround in its energy business, but a pandemic-induced slump in airline travel has reduced revenue at what was expected to be one of GE's top-performing businesses.