Please ensure Javascript is enabled for purposes of website accessibility
Log In Help Join The Motley Fool
Free Article Join Over 1 Million Premium Members And Get More In-Depth Stock Guidance and Research
By Cory Renauer – May 27, 2020 at 3:44PM

After acquiring a Czech company, the clinical-stage biotech will be able to churn out more than 1 billion doses of its SARS-CoV-2 vaccine candidate next year -- if it works.

A small-cap biotech is joining its large-cap peers by heavily boosting its manufacturing capacity for an experimental coronavirus vaccine long before finding out whether that vaccine is effective. On Wednesday, Novavax (NVAX -5.30%) announced it's acquiring Praha Vaccines and its biologics factory in Bohumil, Czech Republic, for $167 million in cash.

The assets changing hands include a 150,000-square-foot vaccine-and-biologics manufacturing facility and support buildings. And Novavax will retain Praha's existing employees to keep the whole operation functioning. 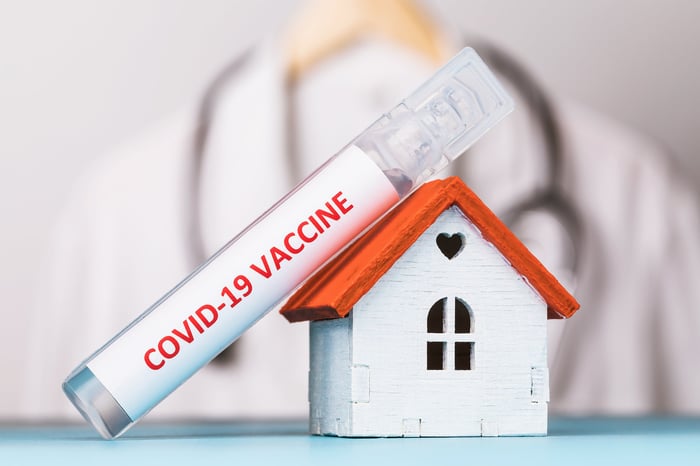 With the addition of those new assets, Novavax estimates that it will be able to produce more than 1 billion doses of its SARS-CoV-2 vaccine candidate, NVX-CoV2373, in 2021.

While this might seem like an awfully risky step for a clinical-stage drugmaker that has no products to sell yet, it could help Novavax forge a lucrative relationship with a major player in the vaccine market. Previously, Praha Vaccines was a part of Cyrus Poonawalla Group, which also owns the Serum Institute of India (SII). SII produces more than 1.3 billion doses of vaccines annually for diseases such as polio, diphtheria, tetanus, making it the world's leading vaccine producer by volume.

On Monday, Novavax began dosing the people enrolled in its phase 1 trial with NVX-CoV2373. The company expects to have preliminary results from this study in July. While there aren't enough patients enrolled to provide solid evidence about whether or not NVX-CoV2373 effectively prevents COVID-19 infections, the data could show whether or not it safely coaxes the immune system to produce antibodies to SARS-CoV-2.