Please ensure Javascript is enabled for purposes of website accessibility
Log In Help Join The Motley Fool
Free Article Join Over 1 Million Premium Members And Get More In-Depth Stock Guidance and Research
By Keith Speights – May 27, 2020 at 3:32PM

It looks like investors decided to take some profits off the table after the stock's huge run-up in recent days.

Shares of Charlotte's Web Holdings (CWBHF -12.09%) were sinking by 9.9% as of 3:06 p.m. EDT on Wednesday after dropping as much as 16.8% earlier in the day. The decline appeared to be the result of some investors taking profits following a jump of more than 50% since early last week. This big run was fueled largely by the company's announcement on May 20 that it had won a U.S. patent for an improved variety of hemp.

A pullback after several days of strong gains isn't unusual. It's tempting for investors to take money off the table after a stock skyrockets like Charlotte's Web has over the last few days. The real question is whether or not the surge for the cannabis stock was overdone in the first place. 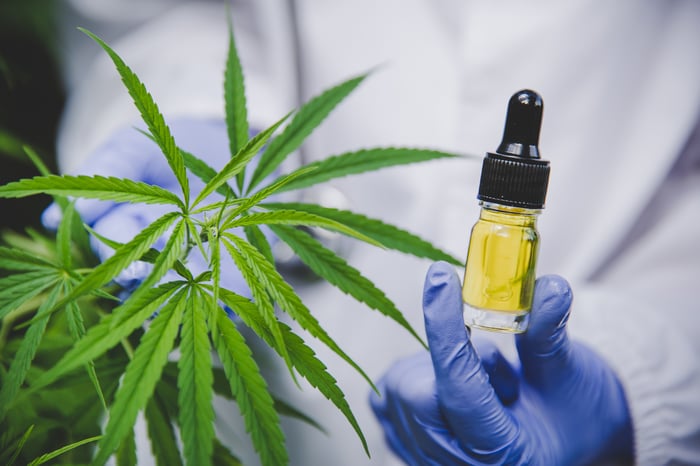 However, an argument could be made that the patent win wasn't worth $250 million. That's roughly how much Charlotte's Web's market cap rose between its announcement of the USPTO decision and the market close yesterday.

Charlotte's Web anticipates closing on its acquisition of Abacus Health Products by early in the third quarter of 2020 and perhaps a little sooner. The primary factor that could drive the company's sales higher in the meantime is the reopening of retail stores across the U.S. after being closed due to the COVID-19 pandemic. This improving retail environment could help Charlotte's Web keep its overall momentum going after Wednesday's retreat.