Please ensure Javascript is enabled for purposes of website accessibility
Log In Help Join The Motley Fool
Free Article Join Over 1 Million Premium Members And Get More In-Depth Stock Guidance and Research
By Donna Fuscaldo – May 28, 2020 at 12:59PM

The e-commerce giant brought on 175,000 workers during the pandemic and plans to retain about 70% of them.

Amazon (AMZN -2.72%) intends to keep the majority of the 175,000 employees it brought on during the COVID-19 pandemic, Reuters reported.

The e-commerce giant said 125,000 warehouse workers, or around 70% of those it hired to meet demand during the pandemic, will be offered permanent jobs, while 50,000 will be offered seasonal contracts that can run as long as 11 months. The permanent workers get access to benefits including healthcare and retirement savings plans. The seasonal workers don't. 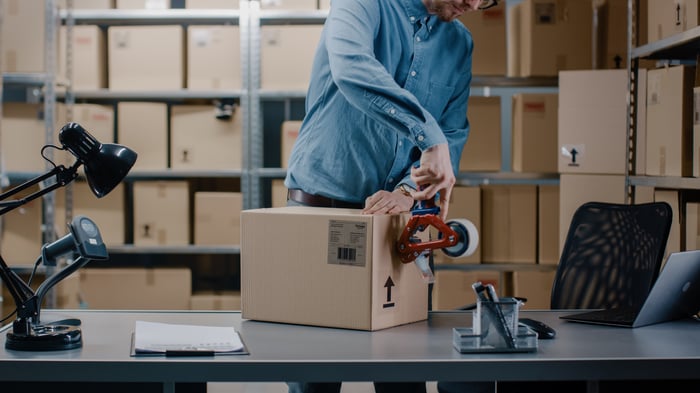 By keeping the employees on board, Amazon is signaling that it's still seeing strong demand, even as stay-at-home orders are being lifted. Amazon began hiring workers in March at the start of the pandemic in the U.S., bringing on board 100,000 delivery and warehouse workers. It hired an additional 75,000 a month later. It's among the handful of companies to hire more employees during a pandemic that resulted in a 14.7% unemployment rate in April.

Walmart (WMT -0.65%), the nation's biggest retailer, also hired an additional 235,000 workers since March. A spokeswoman told The Wall Street Journal it hired some of those workers permanently and plans to onboard "many more."

Amazon wouldn't say how much it will cost the tech stock to bring on all these workers or whether or not it's part of the $4 billion in COVID-19 expenses it plans to incur in the current quarter. When reporting first-quarter results, Amazon said it would normally generate about $4 billion in operating profit in the second quarter, but instead expects to spend that much keeping customers and employees safe. The e-commerce giant ended the first quarter with a global headcount of 840,400. In the U.S. it employs around 500,000.