After reporting a $2.2 billion loss in its first quarter due to the impacts of the COVID-19 pandemic, American Airlines Group (NASDAQ:AAL) announced that it would cut $12 billion in expenses as it was "rightsizing the airline and its cost structure." To that end, the company is cutting 30% of its management and administrative staff positions, according to a Wall Street Journal report.

The airline is working to adjust to the low demand situation brought on by the COVID-19 affects including stay-at-home restrictions as well as consumers wary of infection risk during air travel. Airlines are working on the latter by creating new cleaning and sanitizing practices and procedures, requiring face coverings on flights, and aiming to allow for social distancing from check-in through deplaning. 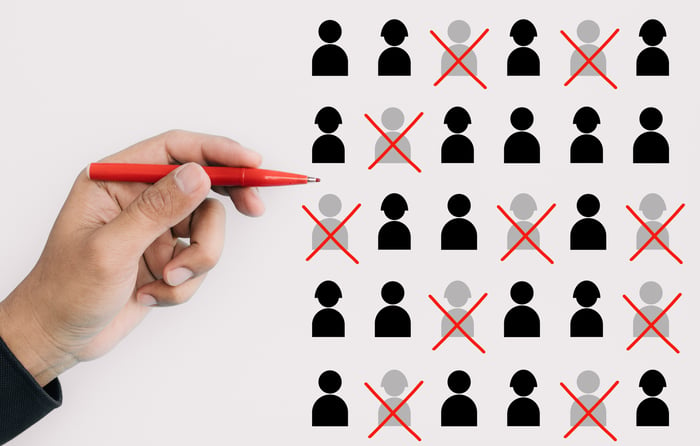 The airline has cut its capacity by 80% in both April and May, and announced a 70% capacity reduction in June. It has been looking to reduce expenses and support its balance sheet, including seeking relief from mandatory minimum route requirements to avoid money-losing flights.

To attain the planned staff reductions of more than 5,000 employees, the airline is looking for volunteers to accept buyouts. If it doesn't get enough by June 10, 2020, the company said the balance will be forced layoffs, according to the report. The employees will remain on the payroll until Sept. 30, 2020. Airlines had to commit to  retain all employees through Sept. 30, by accepting federal aid through the CARES Act.

"We must plan for operating a smaller airline for the foreseeable future," said American's executive vice president of people and global engagement, according to the report.