The areas struck first by the coronavirus are also the first to reopen.

Capri Holdings (CPRI -0.67%), the owner of the famous Michael Kors, Versace, and Jimmy Choo brands, said in a press release today that it has passed the 50% mark on reopening its stores worldwide. The company has seen a partial stock market rebound from the COVID-19 slump, but still remains well below pre-pandemic share value.

All of Capri's 288 stores in China have opened its doors to the public, according to the press release. In other asian countries, 70% of outlets are open, making this the area where Capri's sales are currently most active. The segment including Europe, the Middle East, and Africa is in second place, with 60% of locations reopened and the other 40% slated to resume business by July. 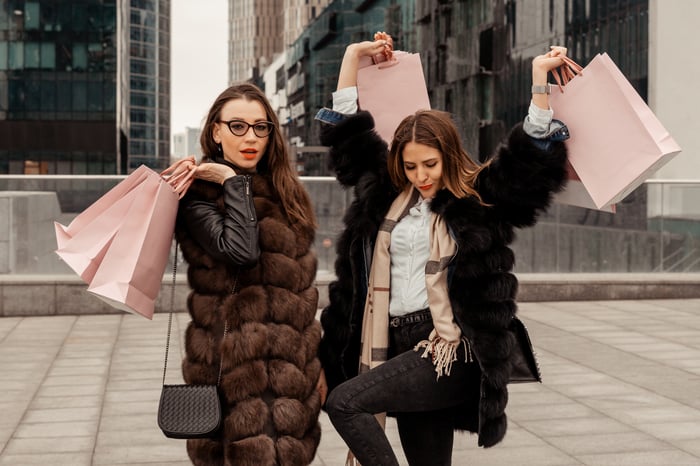 In the Americas, home to 455 Capri stores, just 15% of stores are open to shoppers. Capri intends to follow the same timetable in this region as in Europe, however, with full reopening currently scheduled for July. The company says it is "encouraged by the initial response" at those outlets it has opened up.

All reopened stores are following a regimen of increased cleaning, limits on the number of people allowed into stores at the same time, and other safety measures. Staff are required to wear masks and gloves, while shoppers are requested to wear masks, echoing computer modeling that indicates wearing masks could significantly help reduce the coronavirus' spread.

With Capri's fiscal fourth-quarter 2020 and whole-year results expected shortly, analyst consensus predicts a 49.2% drop in earnings per share (EPS) and a 12.5% decline in revenue year over year, as reported by Zacks.