The brand’s same-store sales stayed well above last year’s, even in the first quarter.

Chowing down on chicken appears to be a nearly pandemic-proof trend in the U.S., as Restaurant Brands International (QSR 2.53%) reported today. The company detailed a more than 40% increase in same-store sales at Popeyes "as of the third full week in May." Even with the coronavirus on the loose in March, the restaurant's sales remained flat year over year rather than declining, unlike RBI's other major brands and its competitors. 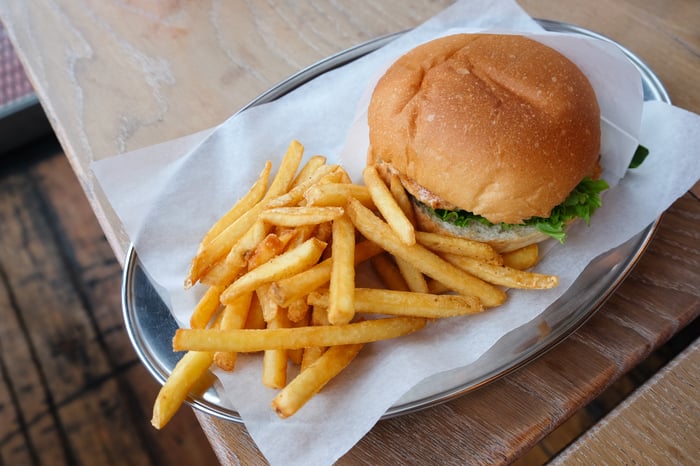 Apparently driven by powerful demand for its chicken sandwiches, Popeyes was a rare winner last quarter, cooking up a 29.2% sales increase compared to the same quarter in 2019. RBI CEO Jose Cil also said, "All three of our brands have benefited from guests who have increased their usage of our thousands of drive-thrus across North America as a safe, quick and convenient option to feed themselves and their families."

With Popeyes' red-hot sales still building on its chicken sandwich success, the "chicken sandwich wars" of late 2019 may be picking up steam again in mid-2020. Yum! Brands (YUM 2.11%) recently turned its attention to the chicken sandwich market with a major upgrade to its KFC subsidiary's KFC Chicken Sandwich. The larger filet and choice of bun and toppings make KFC's offering roughly equivalent to Popeyes' crowd-pleasing sandwich.