Please ensure Javascript is enabled for purposes of website accessibility
Log In Help Join The Motley Fool
Free Article Join Over 1 Million Premium Members And Get More In-Depth Stock Guidance and Research
By Timothy Green - May 28, 2020 at 11:49AM

Apple's budget iPhone could be a big hit in India, and investors may be too optimistic about Disney's plans to reopen its parks.

The Dow Jones Industrial Average (^DJI 0.23%) was volatile Thursday morning, up 0.35% at 11:05 a.m. EDT. Another 2.12 million Americans filed unemployment claims last week, an improvement over previous weeks but still far higher than prepandemic levels. Also roiling the markets: President Donald Trump is expected to sign an executive order that could have broad implications for the social media industry and other online platforms.

Shares of Apple (AAPL 0.96%) managed to rise on Thursday after an analyst praised the company's opportunity in India. Meanwhile, Disney (DIS -1.13%) stock took a dive following an analyst downgrade. 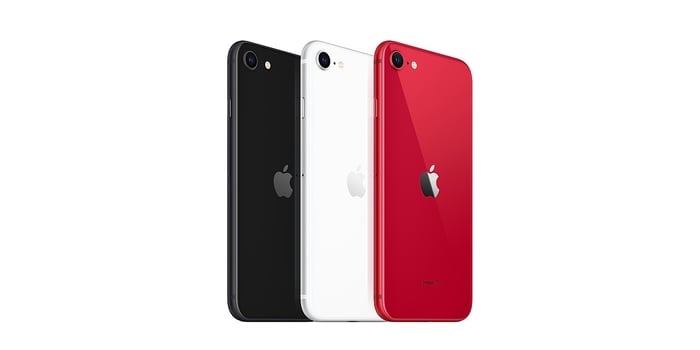 Shares of Apple have almost entirely recovered to prepandemic highs, despite elevated uncertainty surrounding the company's core iPhone business. On the one hand, the launch of the affordable $399 iPhone SE could drive users of older iPhones to upgrade, even as the economy reels from the pandemic. On the other hand, it's unclear how strong demand will be for Apple's upcoming slate of pricey 5G-enabled iPhones, likely to arrive later this year.

Analysts at JPMorgan have become a bit more optimistic on Apple. The bank boosted its price target on the stock on Thursday from $350 to $365, pointing to the potential for the iPhone SE to be a big hit in India. JPMorgan expects the strong value proposition of the iPhone SE to play well in emerging markets, giving Apple the opportunity to steal away half the Samsung users in India.

Beyond the budget phone market, JPMorgan expects Apple to launch its next batch of iPhones in September. The bank's supply chain checks indicate that key milestones are being hit on time, although delays are still possible. Last month, The Wall Street Journal reported that Apple had been forced to push back mass production of its next iPhones by a month due to supply chain disruptions and weak consumer demand.

It's not hard to imagine the iPhone SE performing well even as the global economy slumps due to the pandemic, given its low price. Harder to imagine is this year's crop of full-price iPhones driving growth for Apple's iPhone business. Apple stock was up 0.8% Thursday morning on the price target bump.

Entertainment juggernaut Disney failed to participate in Thursday's rally. The stock was down 2.3% in the morning after an analyst at Imperial Research questioned whether recent gains could possibly hold.

While shares of Disney are still down around 22% from their 52-week high, the stock has jumped roughly 50% since hitting a 52-week low in March. Imperial Research analyst David Miller sees this rally as overdone. Miller downgraded Disney stock to "underperform" on Thursday, and he slapped on a pessimistic $105 price target.

Much of Disney's business has ground to a halt due to the pandemic. The company's U.S. parks have been closed since March, and a gradual reopening won't begin until mid-July. Movie theaters, critical for Disney's film business, have reopened in some states, but attendance is reportedly low.

Miller sees the excitement surrounding the reopening of Disney's parks as premature. He may be right -- it's impossible to predict how willing people will be to hop on an airplane to visit a Disney property. With masks and temperature checks in the cards for guests, many may just stay home.

Disney's fiscal third-quarter results, which will cover April through June, are going to be terrible. With the U.S. parks set to be closed throughout the entire three-month period, a spectacular decline in revenue and profit is all but guaranteed. Disney's results will rebound in the second half of the year, but if that rebound is too sluggish for investors' tastes, the stock may not fully recover anytime soon.