Please ensure Javascript is enabled for purposes of website accessibility
Log In Help Join The Motley Fool
Free Article Join Over 1 Million Premium Members And Get More In-Depth Stock Guidance and Research
By Maxx Chatsko – May 30, 2020 at 7:08AM

The first-quarter performance of America's dirtiest power source was the worst in decades, but there are opportunities in coal's demise.

A combination of factors is allowing the United States to rapidly decarbonize its power sector. Almost all of them create existential risks for coal-fired power plants.

America's coal fleet turned in its weakest first-quarter performance in decades due to a mild winter, the rise of renewables, and falling natural gas prices. The consumption-sapping effects of the coronavirus pandemic suggest the second-quarter performance will be even worse.

The nuance behind the numbers suggests the downturn will be difficult, if not impossible, for coal to recover from. That will create challenges and opportunities for individual investors. 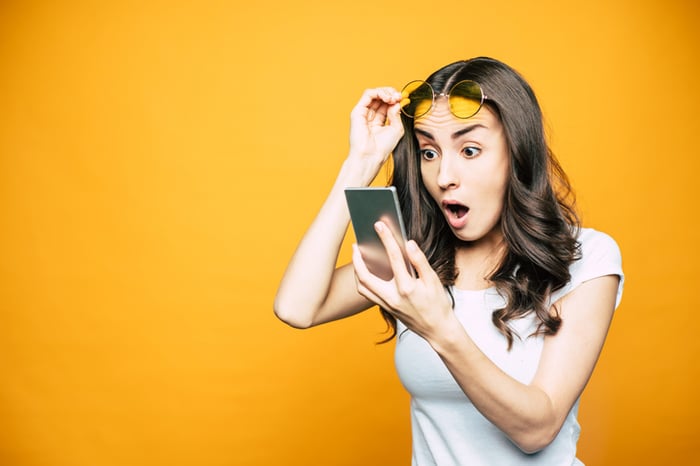 These two numbers pack quite the punch

Last year was the worst year for American coal-fired power plants in decades. The nation's coal fleet generated less than 1,000 terawatt-hours of electricity for the first time since 1976. The year-over-year decline of 16% was the largest percentage drop in history.

Market conditions were expected to deteriorate in 2020 -- and that was before the coronavirus pandemic disrupted the power sector. Analysts expected low natural gas prices, the addition of new natural gas and renewable energy infrastructure, and mild winter temperatures to continue pressuring coal-fired power plants. The projections proved accurate in the first three months of the year, which is evident in two metrics: total electricity output and utilization rate.

In the first quarter of 2020, the electricity output from coal-fired power plants declined 34% compared to the year-ago period. The fleet experienced only a 5% reduction in total power capacity in that span, which highlights the dire situation for many coal facilities.

Given the reality of the coronavirus pandemic and government-mandated movement restrictions, investors can expect electricity generation from coal-fired power plants to fall by a record percentage in 2020 -- perhaps as much as 25%, compared to last year. That said, there are opportunities in coal's demise. 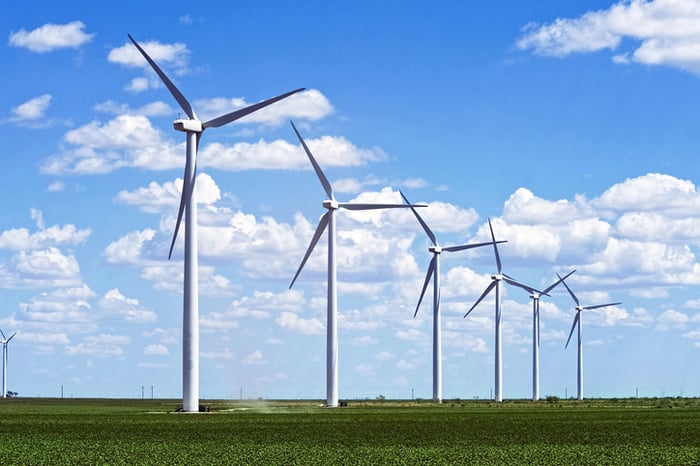 The challenges and opportunities ahead

In 2019, the United States added 8,300 megawatts of natural gas, roughly 9,100 megawatts of onshore wind, and 5,300 megawatts of solar. Two-thirds of the country's total capacity additions came online in the South and Midwest, which is home to 83% of the nation's total coal-fired power capacity. As a result, the country retired 14,000 megawatts of coal last year, which was the third-highest total on record.

Now consider what's in store this year. In 2020, the United States is expected to add 20,400 megawatts of onshore wind capacity and 12,700 megawatts of solar. Once again, power generators are bringing on the most new capacity in markets most reliant on coal. The difference from 2019 is that they're doing so at a time when coal-fired power plants are at an historic economic disadvantage. 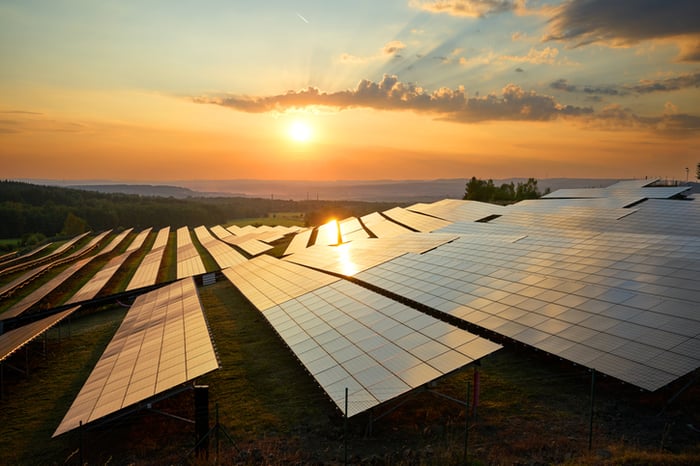 Take NextEra Energy (NEE -1.22%) as one example. The company's primary electric utility, Florida Power & Light (FPL), expects to add more than 10,000 megawatts of solar to its system by 2029. Successful execution is expected to allow the company to eliminate all of the coal on the utility's system and would solidify the renewable energy stock's environmental credentials.

The same is true for NextEra Energy's other electric utility subsidiary, Gulf Power. Located in Florida, the utility operates 1,600 megawatts of coal today, which generates roughly 31% of the system's electricity. NextEra Energy plans to utilize a combination of natural gas and solar to wind down the utility's coal operations over the next decade -- namely, to reduce operating costs and lower customer bills that are among the highest in the state.

Dominion Energy (D -0.88%) also has ambitious plans to clean up the generation mix of its electric utilities. Operating primarily in the energy-poor South and South Atlantic, the company has turned away from coal-fired power plants and toward natural gas. While natural gas will continue to play a pivotal role in energy operations for the region, the business is making big bets on offshore wind and solar.

In Virginia alone, the business had previously planned on spending $1.1 billion on offshore wind programs from 2019 to 2023. It now expects to spend $3.5 billion from 2020 to 2024. Similarly, Dominion Energy increased its spending plan for solar and onshore wind in the state from $3.7 billion to $5.5 billion in those shifting time frames. Both programs will spell trouble for coal.

Don't get caught off guard by coal's collapse

America's aging coal-fired power plants have passed the point of no return. New natural gas, onshore wind, and solar assets generate lower-cost electricity without the environmental headache. As Dominion Energy shows, companies are even willing to invest in relatively unproven markets such as offshore wind to move away from coal.

However, not all electric utilities and power generators are moving quickly. That sluggishness could prove costly in the next decade, which is reason enough for investors to strongly consider power generation portfolios when evaluating utility stocks.