Protests in major U.S. cities were unable to derail the stock market on Monday.

The Dow Jones Industrial Average (^DJI 1.82%) shook off some truly bad news on Monday, up about 0.2% at 11:40 a.m. EDT. Just as the U.S. economy was beginning to recover from the novel coronavirus pandemic, civil unrest in major U.S. cities threatened to impede that recovery.

Stocks were generally unaffected by the news, even if the underlying companies were impacted by the protests. Shares of Apple (AAPL 1.37%) and Walmart (WMT 1.28%) made only small moves as the companies closed some stores on Sunday due to the unrest. In non-protest-related news, Microsoft (MSFT 1.50%) is reportedly laying off editors in its news business, with plans to use artificial intelligence to curate content. 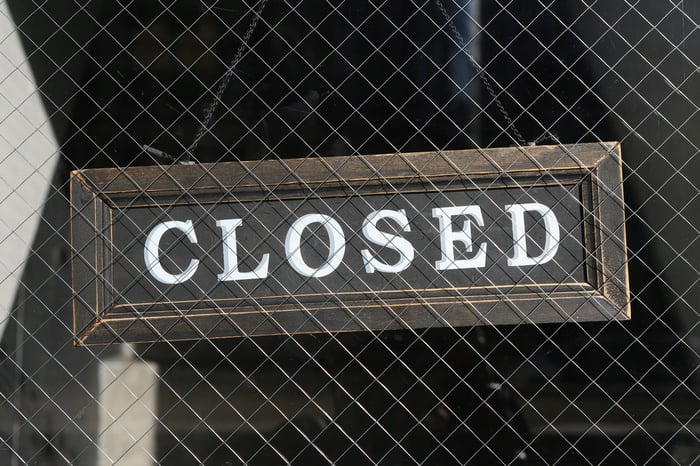 Many retail stores around the country were just beginning to open back up as stay-at-home measures enacted to battle the novel coronavirus pandemic were eased. Retailers are now facing another challenge: multiple days of violent protests in major U.S. cities.

Walmart closed stores in Minneapolis, the origin of the protests, and Atlanta on Friday. The retailer confirmed to CNBC that it would close hundreds of other stores across the country on Sunday evening as the protests spread. The company planned on reopening stores that weren't damaged on Monday, but there's no telling how long these protests will go on. If the protests persist, further adjustments to operating hours may be necessary to keep employees and customers safe.

Apple's stores have also been affected by the protests. The tech giant has only partially reopened its base of U.S. stores following a complete shutdown during the pandemic, but the company was forced to keep some of its reopened stores closed on Sunday. Apple stores in Minneapolis, Brooklyn, and Washington D.C. were vandalized and looted, according to CNBC.

The pandemic kept people home, greatly reducing consumer demand for a variety of non-essential products and hurting many retailers. The recovery is now being hampered by the worst civil unrest in the U.S. in decades.

Shares of Walmart were down about 0.1% Monday morning, while shares of Apple managed a 0.7% gain.

Microsoft takes a step toward replacing people with AI

Microsoft is laying off some employees, but not because of the pandemic. Business Insider reported last Friday that Microsoft was cutting around 50 journalists and editors at its Microsoft News business, with plans to replace them with artificial intelligence. Many of those let go were contracted to help choose stories to run on MSN.com.

For Microsoft, using AI to replace human editors could help cut costs at a time when advertising revenue is under pressure due to the pandemic. The company said in a statement that the job cuts were not the result of the pandemic.

The news business is a minor part of Microsoft, and any cost savings won't have any real impact on the company's results. Microsoft's latest quarterly report showed that the company as a whole was holding up well despite the pandemic. Total revenue rose 15%, earnings per share jumped 23%, and total cloud revenue soared 39%. Artificial intelligence is a thread that runs through many of Microsoft's businesses.

Shares of Microsoft were down 0.7% Monday morning. The stock has nearly reclaimed its 52-week high following a pandemic-related slump earlier this year.