The gym operator saw its shares crash at the onset of the coronavirus pandemic.

Prior to the coronavirus pandemic, Planet Fitness (PLNT 2.03%) was riding the wave of healthy lifestyles higher and its stock hit almost $89 a share.

But COVID-19 forced gyms and fitness centers to be among the first businesses closed to suppress the spread of the virus and the gym operator's stock cratered, falling below $24 a share.

Planet Fitness has clawed its way back up and it currently trades around $74 a share, with Jefferies (JEF 0.43%) analyst Randal Konik believing it can hit $80 a share. His price target got a big boost after the fitness center said it has reopened 800 locations in 30 states as of June 1 and it plans on reopening another 200 by the middle of the month. 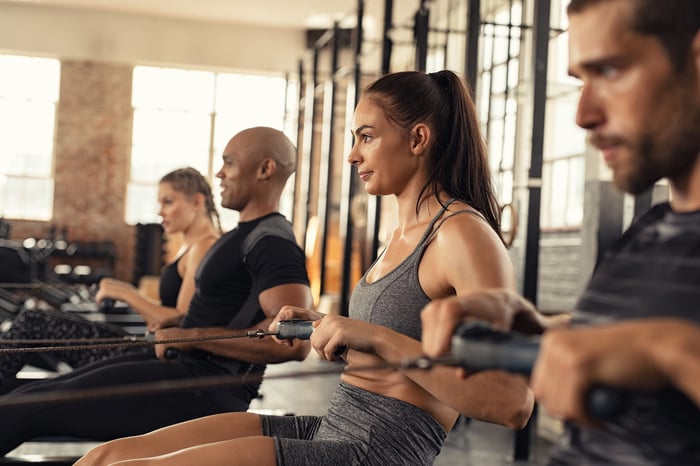 According to an SEC filing, Planet Fitness said that at gyms that have reopened, average membership levels have remained relatively consistent, though the numbers of both new members and cancellations have increased compared to the same time period last year.

The number of visits at gyms open at least two weeks has also increased between the time of reopening and May 31, while overall gym usage is about 60% of the level recorded last year. The number of new members joining who are signing up for a Black Card membership, which gives them special perks for a higher monthly fee, has been approximately 60%, which is about what Planet Fitness has experienced historically.

Konik, who has a buy rating on Planet Fitness stock, sees the improving traffic usage numbers as an indication gym use will continue growing, which bodes well for both member retention and new member growth.

Rich Duprey has no position in any of the stocks mentioned. The Motley Fool owns shares of and recommends Jefferies Financial Group Inc. and Planet Fitness. The Motley Fool has a disclosure policy.