Please ensure Javascript is enabled for purposes of website accessibility
Log In Help Join The Motley Fool
Free Article Join Over 1 Million Premium Members And Get More In-Depth Stock Guidance and Research
By Jim Halley - Jun 3, 2020 at 7:28AM

The global pandemic has shown us that certain stocks do better than others coming out of a market decline.

The bull market that ended in March was unusual in that it lasted nearly 11 years, dating to the bear market of 2007-2009. The next market crash probably won't take that long to happen, so it makes sense to be ready when it does.

Here are three stocks that, while not crash-proof, have proven to rebound quickly -- in fact, they're doing better now than before the coronavirus slump. 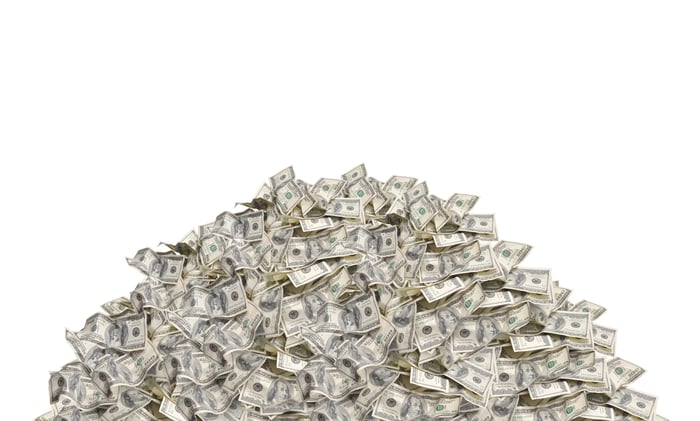 Rollins has a recession-proof business

Vermin and bugs don't really take a break during a recession, even one driven by a global pandemic. Atlanta-based Rollins (ROL -1.69%) is the world's largest pest-control business, with a plethora of companies -- including Orkin, PermaTreat, Western Pest Services, and Clark Pest Control -- under its umbrella. The company has stayed steady even when the market goes south; it marked 22 consecutive years of earnings growth last year, with $2 billion in revenue.

In 2007, Rollins was hardly fazed by what everyone else was calling a recession. The stock price barely slipped as the company made record revenue and net income from 2007 to 2009.

It's easy to see why investors like Rollins. The company's first-quarter report showed revenue of $487.9 million, an increase of 13.7% over the prior year's first quarter. The company did trim its dividend this year, for the first time in 17 years, cutting it to $0.08 a share, a reduction of 33.3% from the prior year, out of concern for any coronavirus uncertainties.

When times get tough, Walmart benefits

There's a simple reason for that. The company, which between its Walmart and Sam's Club chains has 11,484 stores internationally, concentrates on low-priced necessities. During a recession, people still buy groceries, razor blades and light bulbs.

Walmart has a significant online presence of its own; its online sales were up 74% in the first quarter, year over year. Quarterly revenue was $134.6 billion, an 8.6% increase over the same quarter in 2019, and net income of $3.9 billion marked an increase of 3.9%.

There's another reason to buy Walmart on any recession-related dip: The company has increased its dividend every year since it started with a $0.05-per-share annual payout in 1974. This year's annual dividend is $2.16 per share, a yield of 1.75% with a sustainable payout ratio of 43.8% (trailing 12 months).

Dollar Tree cashes in when the market slows

Like Walmart, Dollar Tree (DLTR -0.08%) often does better when there's an economic downturn. When you can't afford caviar, cans of tuna fish are in great demand, so when times are tight, the company's budget prices bring in those who would regularly shop at more expensive stores. As of Feb. 1, Dollar Tree, headquartered in Chesapeake, Va., had more than 15,000 Dollar Tree and Family Dollar stores in the lower 48 states and the five Canadian provinces.

In March, when everyone else was laying people off, Dollar Tree announced plans to hire 25,000 more workers.

In the first quarter, which ended May 2, Dollar Tree saw net sales of $6.29 billion, an 8.2% climb from the prior year's first quarter. The company's net income was actually down, but that was mostly because of COVID-19-related expenses, including wage premiums to hourly workers and safety and disinfection supplies.