Multiple signs point toward a speedy recovery for the company.

As it starts to recover from the closure of most U.S. restaurants during the coronavirus pandemic's earlier stages, Darden Restaurants (DRI -2.44%) announced the restoration of its executives' pay to pre-coronavirus levels. The reduction of executive salaries was one of the cost-saving measures Darden took back in March and April, along with suspending dividends and furloughing many employees.

Darden Restaurants owns several casual restaurant chains, including Olive Garden, LongHorn Steakhouse, Cheddar's Scratch Kitchen, and Bahama Breeze. After a long period of closure to dine-in customers, the majority of restaurants are now open again. Rich Jeffers, a spokesperson for Darden, stated that the company has "financially stabilized the business and with 70% of our dining rooms now open, we are building momentum." 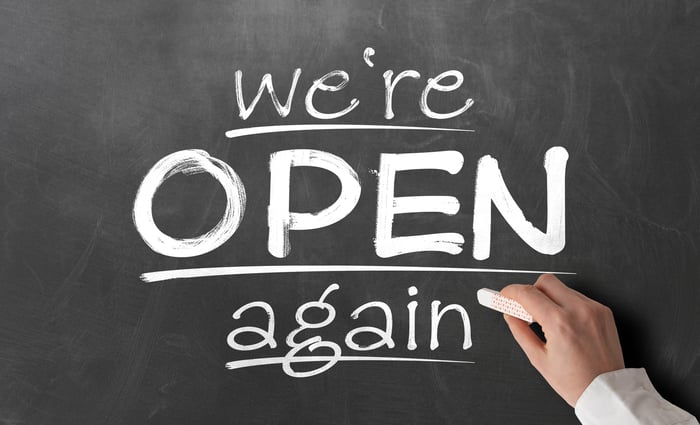 With revenue flowing again, the company resumed full pay for headquarters staff on June 1. Jeffers indicated the current status of furloughs, and how many employees are back at work, will be described during the company's upcoming earnings call in a few weeks' time. At least some of the furloughed employees are on the job again, according to a May 19 business update made by CEO Gene Lee.

A May 28 SEC filing provides investors with more hard evidence of Darden's recovery. The document states full executive salaries were reinstated on June 1. This includes the CEO's pay of $1 million annually, along with the salaries of four other executives, which the filing presented in a table: