Price fixing and bid-rigging charges have been brought against chicken industry executives for activities between 2012 and 2017.

Four chicken industry senior executives from Pilgrim's Pride (PPC -3.49%) and Claxton Poultry Farms have been indicted by a Colorado grand jury for allegedly colluding to fix prices and rig bids on chickens sold to grocery stores and restaurants between 2012 and 2017, The Wall Street Journal reports.

The indictments of Colorado-based Pilgrim's CEO Jayson Penn, a former Pilgrim's vice president, and the president and a vice president of Georgia-based Claxton Poultry Farms are part of an ongoing criminal antitrust probe, according to the report. Penn joined Pilgrim's Pride, the nation's second largest producer, in 2011 after more than 20 years experience in the industry. According to the company, nearly 20% of chickens in the U.S. come from Pilgrim's. 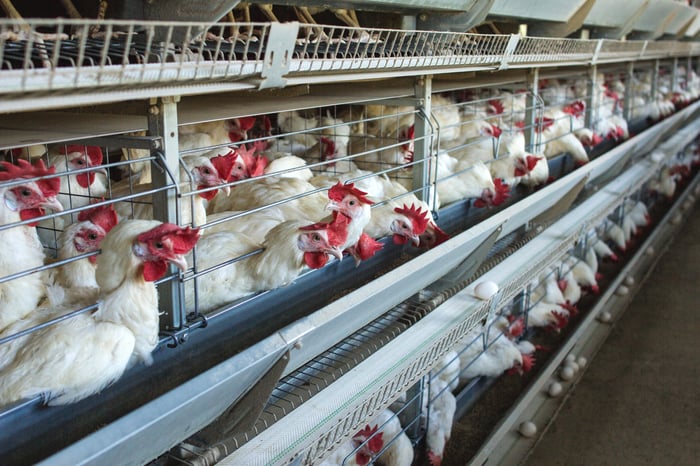 The criminal probe stems from accusations that surfaced in 2016, when poultry buyers, including restaurant companies, sued major poultry producers including the largest, Tyson Foods (TSN -1.51%), as well as Pilgrim's, Sanderson Farms (SAFM), and privately held Perdue Farms, for conspiring to increase prices. The chicken companies have denied the allegations.

The federal probe was revealed last year when government attorneys asked plaintiff attorneys for evidence from their litigation, and for a pause in their seeking further evidence in the lawsuits, to protect a grand jury's investigation, according to the report.

In denying wrongdoing, the chicken producers have said supply and demand drove chicken pricing higher, including increasing domestic consumption and exports. Chicken prices have since fallen about 27% from early 2019 to February, 2020, as the producers increased production and capacity in anticipation of higher exports due to new trade deals, according to the report.