Please ensure Javascript is enabled for purposes of website accessibility
Log In Help Join The Motley Fool
Free Article Join Over 1 Million Premium Members And Get More In-Depth Stock Guidance and Research
By Rich Duprey – Updated Jun 3, 2020 at 11:57AM

The high-end outerwear manufacturer defies those who thought its goose was cooked.

Corporate earnings coming in ahead of Wall Street forecasts has been rare during the COVID-19 pandemic, particularly for retailers like Canada Goose. Yet despite the stronger-than-expected showing amid cost cutting, the coat maker says the current quarter will be a mess due to negligible revenue after it was forced to shut stores in markets across the globe. 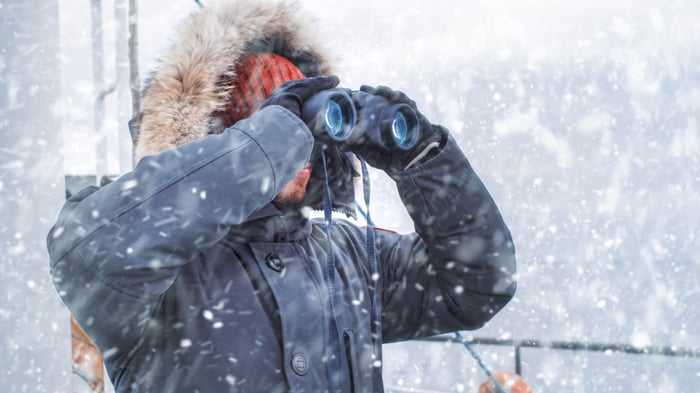 While the near blackout during its fiscal first quarter would typically mean a disaster in the making, this period is Canada Goose's weakest quarter of the year anyway, representing around 7% of full-year sales. Three-quarters of its stores have been closed since mid-March, and those that were open have done little business. Further, its wholesale channel, which is largely department stores, has also been closed, shutting off that avenue for sales.

While it does have an e-commerce platform and engagement has been strong, now is just not a time when consumers are buying winter parkas. Canada Goose is slowly reopening its stores, but it says there is "a negligible level of revenue expected" for the period.