Shares of Upwork (UPWK 3.23%) rose 49.3% during the month of May, according to data from S&P Global Market Intelligence. The online talent marketplace, where employers and freelancers meet and interact, rose in response to the company's first-quarter earnings report, released on May 6.

Upwork's stock had actually been on a downward slide ever since last summer, and it was further beaten-down in March as the COVID-19 pandemic led to big recession fears and a slowdown in overall hiring. However, Upwork's technology allows for people to find remote jobs from home, and apparently, activity has been picking up recently. 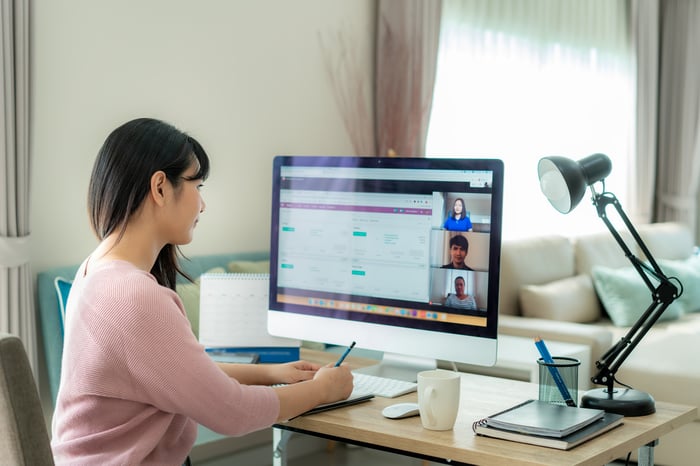 Of course, COVID-19 hit during the last two weeks of March, and Upwork did forecast a slight sequential decrease in revenue for the current quarter. However, that may have been better than many feared, and CEO Hayden Brown said in a subsequent CNBC interview that Upwork's activity had bounced back to record levels by late April.

Upwork is not only a passive marketplace but an active partner with its employer clients, which range from single-person businesses to large multinational corporations. As more and more companies potentially look to outsource key job roles to remote workers away from high-cost city centers, Upwork could stand to further benefit in the future. Brown called the COVID-19 situation potentially a "once-in-a-generation change" in the way companies source their workforces. If that trend holds up, this tech stock could continue its strong run.