Please ensure Javascript is enabled for purposes of website accessibility
Log In Help Join The Motley Fool
Free Article Join Over 1 Million Premium Members And Get More In-Depth Stock Guidance and Research
By Rich Duprey – Jun 5, 2020 at 9:51AM

Taking care of your nest egg is a critical job for an investor.

Ensuring you have sufficient resources available to have a better retirement is an essential task of every investor. Having enough income to support your lifestyle, but also peace of mind that the stocks in your portfolio will be able to withstand any turmoil over the long haul, is critical as well.

The three companies below have proven themselves capable of meeting those needs in the past, raising their dividends every year for at least 25 years, which makes them part of the rarified group of stocks known as Dividend Aristocrats, they should be readily able to accomplish those goals in the future, too. 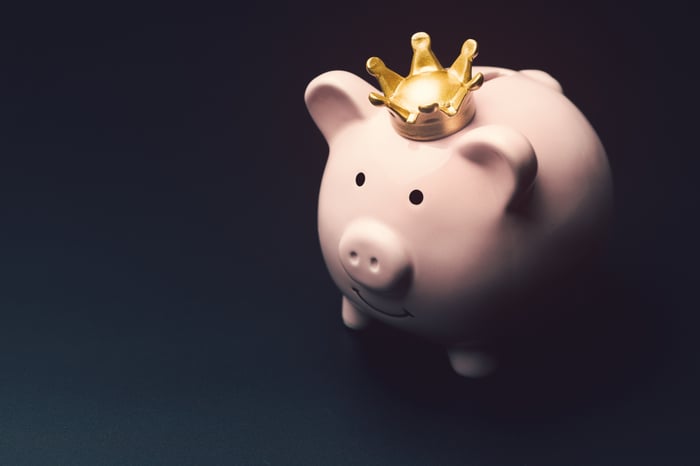 If people were familiar with 3M (MMM 2.00%) before the pandemic, it was probably through its consumer products like Post-It notes, Scotch tape, and Ace bandages, though the brands themselves were likely more known than the company behind them.

The coronavirus outbreak, however, put 3M on everyone's lips as it became widely known that it was a manufacturer of N95 respirators -- an essential piece of equipment in protecting frontline workers against the spread of the novel coronavirus -- that quickly became scarce from store shelves. President Trump even invoked the rarely used Defense Production Act that compels a company to prioritize its production for U.S. government needs.

3M has been working overtime to produce enough masks and respirators for all global markets during the crisis, which should provide a further boost to sales in healthcare, one of its strongest divisions, though its other segments have been soft.

What attracts retirement-oriented investors to 3M stock, though, is its dividend, which yields 3.8% annually and which the company has increased every year for over 50 years. Just over 60% of the free cash flow 3M generates each year goes toward supporting its dividend, suggesting its dividend is both safe and able to be raised again.

What income investors like about Consolidated Edison (ED 1.31%) is it's a utility stock that, while not offering spectacular capital growth, provides sure and steady income. It has also increased that payout every year for 46 years.

Admittedly, those increases have not always been the most dramatic, but over the last five years, Consolidated Edison has boosted the rate. Where it has grown around 2.3% annually over the last decade, it's risen 3.3% in the past five years. In February, it raised the payout once again to $0.765 per quarter, or $3.06 per year, a 3.4% rise over the $2.96 per-share rate in 2019.

The utility's payout ratio, or the amount of its earnings that go toward paying the dividend, is 68%, which is actually lower than industry peers such as Duke Energy and Southern, which have ratios north of 70%. The lower a payout ratio is, the better as it ensures the dividend can continue being safely paid, though a very low one suggests a company is using its earnings to finance growth rather than return value to shareholders through payments.

A good offense is predicated on having a strong defense, and General Dynamics (GD 2.16%) has played a vital role in defending the U.S. against its enemies both foreign and domestic.

It is the fifth-largest defense contractor in the country, generating over $39 billion in revenue last year.

Military priorities ebb and flow with changes in each new administration and in global geopolitical circles, but defense spending still rises almost every year. General Dynamics has proven adept at being able to win large contracts, though competition is fierce. Yet even when it wins, the markets may not always be impressed.

Last year, its Electric Boat division won a contract for nine new nuclear attack submarines, but investors had hoped for as many as 13. General Dynamics is in the running for a new $17 billion submarine contract now.

Supporting the military may be why some investors invest in the defense contractor's stock, but it also attracts income-seeking investors looking to tap into its generous payout of $4.40 per share that yields 3% annually.

General Dynamics has raised its dividend every year for over 25 years, and does so at a rate of about 10%. With a payout ratio of just 34%, the dividend is a safe bet to help investors play defense with their retirement portfolio while going on the offense for growth.