Please ensure Javascript is enabled for purposes of website accessibility
Log In Help Join The Motley Fool
Free Article Join Over 1 Million Premium Members And Get More In-Depth Stock Guidance and Research
By Billy Duberstein - Jun 5, 2020 at 10:58AM

The famous contrarian is on the other side of activist investors and proxy firms for the company’s upcoming proxy battle, calling new management a "game-changer."

Next Friday, June 12, will mark the annual meeting for GameStop (GME -3.80%). The video game retailer has been quite the battleground stock in recent years -- and not only for bulls versus bears, but also for the company's board versus its own investors.

However, yet another large GameStop shareholder, Scion Asset Management, which is run by Michael Burry, famous for predicting the 2008 global financial crisis in the book and movie The Big Short, just came out on the side of the company's existing board and management, advocating shareholders vote no on Hestia and Permit's candidates. Burry's support could be a big deal in determining the outcome of the proxy fight, and thus GameStop's future. Here are the arguments posed on all sides. 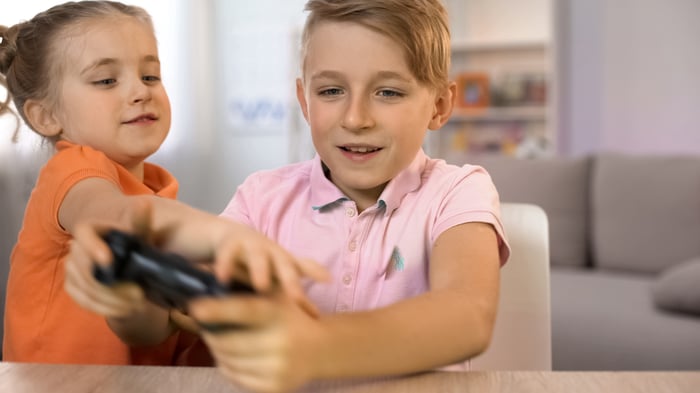 Barbarians at the gate, the video game

Permit and Hestia both recognized the efforts GameStop has made over the past year to refresh its board, take on a new CEO, launch a new strategy, and buy back a significant amount of stock at low prices. Nevertheless, these two firms, which now own a combined 7.2% of GameStop shares, want to be on the inside.

Pointing to GameStop's horrific performance over the past five years, during which time the stock has lost 85% of its value, Hestia managing partner Kurt Wolf said in a recent letter to stockholders:

Long before COVID-19 began to meaningfully affect the global economy and GameStop, stockholders suffered under a Board that was slow to react to a rapidly changing gaming landscape. While the Board recently underwent a refreshment process, we do not believe it went far enough. The Board remains primarily composed of directors with traditional retail backgrounds and continues to lack a diversity of perspectives to help optimize GameStop's unique assets... We believe replacing them now, with two seasoned executives, will bring much needed financial acumen, turnaround experience and stockholder perspective to the Board at this critical time.

Hestia and Permit also pointed to the fact that any positive actions GameStop has taken over the past few years, such as selling its non-core Spring Mobile division, buying back cheap stock, and implementing a selling, general, and administrative expenses (SG&A) savings plan, have only come after significant stockholder pressure.

The activists got a boost earlier this week as proxy firm ISS weighed in, siding with the activist investors and saying, "The dissident group's members have been invested in GME for nearly a decade, and... [are] asking the right questions about the implications of near-term initiatives on future viability."

One point emphasized in a prior letter to shareholders in May, and which may be GameStop's best defense, was its gradual and somewhat limited implementation of its share repurchase program. Management made the point that back in early 2019, Hestia and Permit advocated spending all of the $700 million received from the sale of GameStop's Spring Mobile on "reckless" share repurchases.

Instead, GameStop took a more measured approach, using the windfall to pay down $350 million in debt, and later using the remainder for share repurchases -- which were still significant, at roughly $200 million -- and shoring up the company's balance sheet.

That turned out to be the right move, as Hestia and Permit were advocating for repurchases at prices higher than the stock is now, and when GameStop bought back stock later in 2019. Had the company executed the entire buyback without paying down debt, it would likely be in dire straits today, due to the higher debt load, especially with the outbreak of COVID-19 in early 2020.

Burry backs the board

On Wednesday, June 3, Michael Burry weighed in on where he stood. As of that date, Burry's Scion owned some 2.75 million GameStop shares, or 4.26% of shares outstanding. In a press release, Burry said:

Scion believes CEO George Sherman, appointed by the Board in 2019, is progressing quickly in reshaping GameStop to thrive into and beyond the coming console upgrade cycle. Scion believes that under Sherman, GameStop is approaching its own reboot in a sensible and innovative manner. Scion noted that Sherman, along with CFO Jim Bell, have revamped working capital management for improved efficiency. Most crucially, it appears to Scion that GameStop is now succeeding in transforming vendor partnerships to unlock high-margin revenue streams. Scion believes that this is a direct result of current management's expertise and focus and is a complete gamechanger for GameStop beyond the coming console upgrade.

Burry also pointed out that the company has nominated three new board members, all with video game or omnichannel experience. Adding a dig at Permit and Hestia at the end, Burry said he doesn't think GameStop's board needs individuals who will "disrupt and detract" from GameStop's current strategy.

Things at GameStop are so heated because there's likely a huge amount of money to either be made or lost in GameStop's stock. While some think the digitization of the gaming industry will bring on GameStop's bankruptcy, others, like these shareholders, believe the new PlayStation and Xbox console cycles starting later this year will prolong GameStop's life and enable a transition to its next phase.

If the latter happens, GameStop is insanely undervalued, as shares currently only trade at less than 0.5 times book value, and the company currently has more cash than debt on its balance sheet -- at least as of the end of the February quarter.