The reopening will occur in phases, in consultation with health authorities.

People hankering for the fun of watching sea lions, orcas, or dolphins performing in a marine mammal show after spending several months in COVID-19 lockdown may have their chance as early as next Thursday, according to a press release from SeaWorld Entertainment (SEAS -1.31%). Discovery Cove, Aquatica Orlando, and SeaWorld Orlando are all slated to reopen starting on June 11.

The state of Florida has approved SeaWorld's reopening plan, allowing it to go ahead with its intention to start entertaining visitors again next week. Interim CEO Marc Swanson thanked Florida Governor Ron DeSantis and several other named officials "for their support of tourism in Central Florida," before remarking that the company has taken measures to "enhance our strict health, safety, and cleanliness standards" during and after reopening. 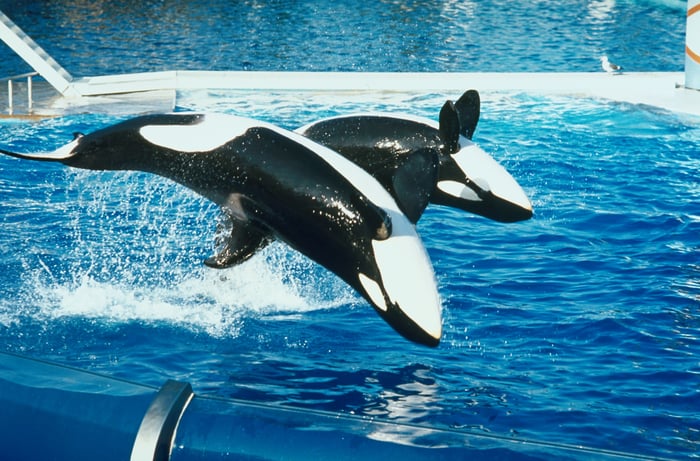 Among the new protocols adopted to help people avoid potentially infecting one another with coronavirus, all visitors must now place reservations in advance of their visit. This enables SeaWorld to strictly control the number of people in each facility at one time, reducing crowding and helping maintain social distancing.

Visitors will also have their temperatures scanned on arrival, with only those having a temperature of less than 100.4° F admitted. Face coverings are also required except when eating and drinking, while some specific parks may have additional rules depending on their setup.

Despite the lengthy shutdowns, investors had already started bidding up SeaWorld's stock in May, causing share prices to soar 22%. Though still well below the peaks it reached before COVID-19 burst on the scene in March, the company is seeing gains in trading today, with its shares up more than 4% in midday trading following the reopening news.